Trump told his White House team that he wanted to 'withdraw the United States from NATO': report 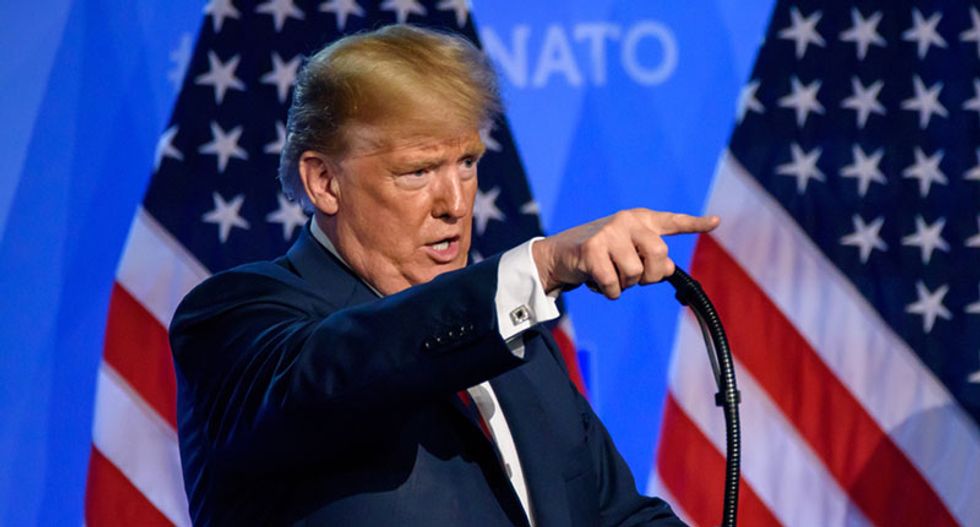 In 2018, after constantly criticizing U.S. allies and strongly hinting that, if real conflict came to Europe, no one should expect America to meet its treaty obligations, Trump tried to take the next step—simply destroying NATO.

The New York Times is reporting that Trump told his White House team that he wanted to “withdraw the United States from NATO,” a move that would end a 70-year-old alliance that, pre-Trump, seemed to be healthy and expanding. Under the guise of anger over the size of relative military budgets, Trump has leveled a constant stream of criticism at European allies. And it seems he was building up to what can best be described as Vladimir Putin’s biggest wet dream: leaving former allies with nowhere to seek protection.

This isn’t something that Trump mentioned once in an off-hand remark. Trump repeated his desire to wreck NATO  “several times over the course of 2018.” Talking Trump out of spreading a European picnic for Putin fell primarily to Secretary of Defense Jim Mattis, who tried to explain how such action would shift power away from Washington and toward Moscow. Mattis is now gone.

It’s possible that Donald Trump is not an asset of the Russian government, working for Putin to foster a new Soviet empire against the interests of the United States. It’s possible … but finding another reason for Trump’s actions seems very difficult.

At the time of Trump’s NATO-smashing proposal, most of his own advisers seemed to believe Trump was simply an idiot. But in light of revelations that the FBI is investigating Trump as a possible Russian asset, all of his past actions are being reviewed in a new light. There are a few things Trump has done that don’t seem aimed at benefiting Putin.

This isn’t one of them.

Just talking about pulling the United States from NATO is in itself a huge win for Putin. It ramps up the uncertainty that Trump has already boosted to a new level. This news is likely to increase calls for Europe to form its own military alliance. Soon enough the United States might not need to worry about getting out. It could be thrown out.

This news doesn’t just change the view of Trump as a Russian operative; it casts new light on the last NATO summit. At that meeting, Trump was particularly harsh toward Germany, which he said was already “a captive of Russia.” Knowing that behind the scenes Mattis had to convince Trump to stop from ending the meeting by ending the alliance makes that statement seem less like vanilla stupidity and more like someone setting up an excuse for why he did not act when the tanks rolled.