Trump 'sounds like a mob boss': Here are 5 movie gangsters that the president mimics 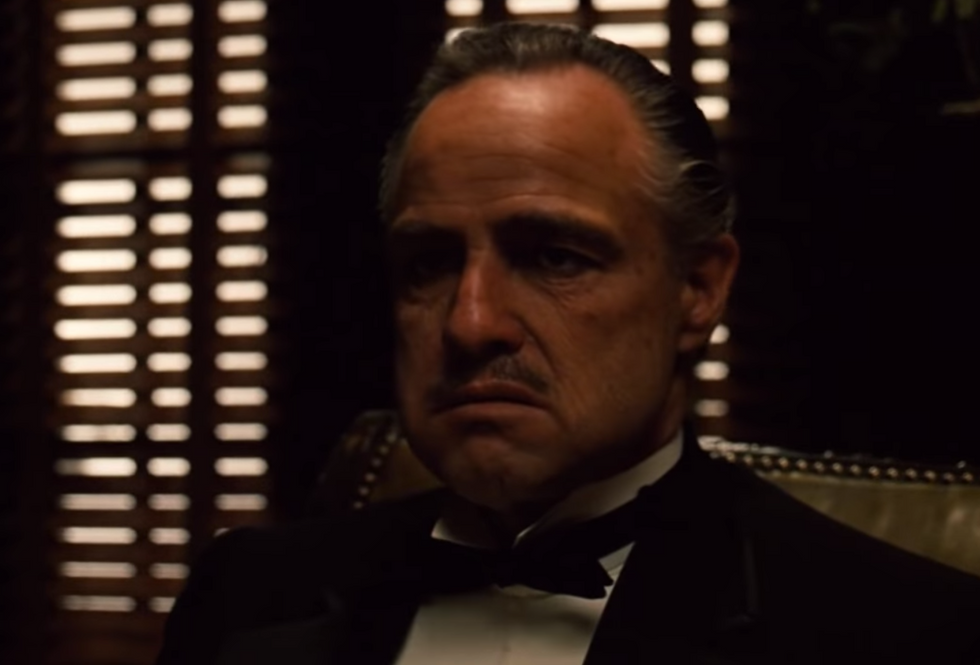 Nicholas Pileggi, who wrote the screenplay for director Martin Scorsese’s hit gangster movie “Goodfellas,” has noted the parallels between President Donald Trump’s rhetorical style and the type of rhetoric used in that 1990 favorite — and Pileggi isn’t the only one to make that analogy. With attorney Lanny Davis (who represents Trump’s former personal attorney Michael Cohen) having announced that his client wants to delay his testimony before Congress because of “threats against his family,” two leading Democratic congressmen have accused Trump of using “textbook mob tactics.” In a joint statement released on January 23, Rep. Elijah Cummings (who heads the House Oversight Committee) and Rep. Adam Schiff (who chairs the House Intelligence Committee) described Cohen’s safety concerns as “completely legitimate”—although they noted that they still expect him to testify before Congress at some point.

Cummings and Schiff wrote, “Efforts to intimidate witnesses, scare their family members or prevent them from testifying before Congress are textbook mob tactics that we condemn in the strongest terms. Our nation’s laws prohibit efforts to discourage, intimidate or otherwise pressure a witness not to provide testimony to Congress.”

Meanwhile, John Dean, who served as White House counsel under President Richard Nixon before he agreed to cooperate with federal prosecutors during the Watergate scandal, has asserted that Trump “thinks, acts and sounds like a mob boss.” The more Special Counsel Robert Mueller’s Russia investigation angers him, the more Trump’s rhetorical style sounds like a character in “Goodfellas” and other Scorsese films. However, the type of rhetoric Trump uses during his tirades against Mueller not only echoes the characters in Scorsese’s films, but also, the black-and-white gangster films that James Cagney and Edward G. Robinson were famous for in the 1930s and 1940s.

Here are some infamous movie characters that Trump often sounds like when discussing Mueller’s probe and other legal threats to his presidency.

In his book “A Higher Loyalty,” Former FBI Director James Comey (who Trump fired in 2017) recalled that the first time he visited Trump Tower in Manhattan to meet Trump, he felt like he was visiting a Mafia godfather. “I thought of the New York Mafia social clubs, an image from my days as a Manhattan federal prosecutor in the 1980s and 1990s,” Comey wrote. And the imagery Comey employed sounded a lot like someone going to meet Don Corleone (played by Marlon Brando) in Francis Ford Coppolla’s 1972 gem “The Godfather.”

James Cagney’s reputation for portraying mobsters was cemented by his portrayal of Tom Powers in 1931’s “The Public Enemy,” one of the grittiest gangster films of the Great Depression. The character was based, in part, on the notorious Chicago mob boss Al “Scarface” Capone. And Trump used a Scarface reference when he insisted that his former campaign manager, Paul Manafort— who was convicted on eight criminal counts in federal court on August 22 — has received worse treatment than Al Capone.

In real life, Robert De Niro is a staunch Democrat who has no use for President Trump’s policies and would much rather see Hillary Clinton in the White House. But when Trump shows his utter contempt for Mueller’s investigation, he sounds a lot like the characters that De Niro and Joe Pesci played in 1990’s “Goodfellas” and 1995’s “Casino” (another Scorsese film). Trump denounces Cohen as a “rat” but praises long-time ally and GOP operative Roger Stone for refusing to be a “rat” and declaring that he will not cooperate with Mueller.

Cagney reemerged from a hiatus when, in 1949, he portrayed sociopathic mob leader Cody Jarrett in director Raoul Walsh’s classic “White Heat.” Two types of people Jarrett absolutely hated were “coppers” and “rats,” and he was furious to learn that his criminal gang had been infiltrated by a federal agent (played by Edmond O’Brien). As Jarrett saw it, he treated the agent “like a kid brother” only to find out he was really a “copper”—and Trump sounds very Jarrett-like when he complains that he accepted Michael Cohen (his former personal attorney) into his organization only to be betrayed by a “rat.”

Trump also echoes Cagney’s famous “White Heat” line, “Made it, ma—top of the world!” Even with Mueller’s probe closing in on him more and more, Trump never shows a trace of humility.

Edward G. Robinson had an incredibly broad range as an actor, playing everything from nerdy college professors (1944’s “The Woman in the Window”) to insurance agents (1944’s “Double Indemnity”) to ruthless gangsters—and two of the most ruthless he portrayed were Rico Bandello in 1931’s “Public Enemy” and Johnny Rocco in 1948’s “Key Largo” (which also starred Humphrey Bogart and Lauren Bacall). Bandello and Rocco demanded total obedience from employees, which was very Trump-like. And Trump echoed both characters when, on Twitter, he asserted that former White House Counsel Don McGahn would never betray him in the manner of a “John Dean-type rat.”

Legal scholars and presidential historians typically praise Dean for flipping on Nixon and cooperating with Watergate prosecutors, but to Trump, Dean is a “rat.”