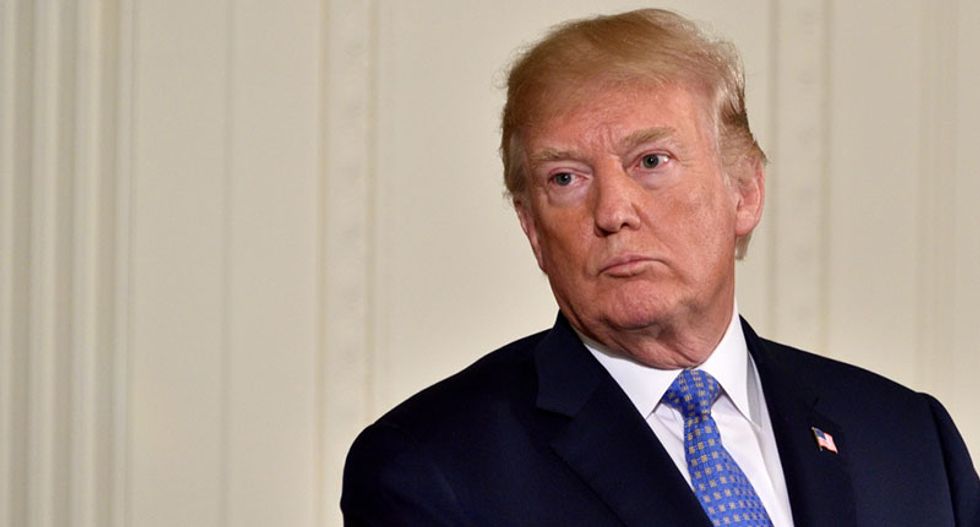 The Trump Organization was granted at least 192 visas for foreign workers in 2018, the highest number the company has requested in at least 10 years and likely longer than that, Talking Points Memo reported.

According to the Democratic research group American Bridge, nearly all those visas were for low-skilled foreign workers, exactly the kind of employee Trump has railed against in speeches, arguing that companies who employ them are costing American workers jobs and pay. Most of the foreign workers the Trump Organization asked for are cooks, servers, housekeepers and farmworkers who make between $10 and $15 per hour, the report said.

Of the 192 foreign workers, 78 went to work at Trump’s Mar-a-Lago resort in Palm Beach, Florida, where the president spends many weekends and vacations.

The 192 visas is the highest number the company has obtained in at least 10 years. Over the past decade, the Trump Organization has requested an average of 116 visas per year, with the highest previous number coming in 2016, during the presidential campaign, when the company requested 178 foreign workers.

According to the data, Trump's business operation did not request many foreign worker visas until Mar-a-Lago began to hire foreign workers in 2006. Prior to that, most of the visas requested by the company were by the Trump Model Management Group, which used visas for high-skilled workers to bring in foreign models.

“If in fact he wanted to ‘buy American, hire American,’ he’d say, ‘We’re not going to use the immigration system, we’re going to go out and bring our workers down from West Virginia or from Kentucky or Maine and set them up and give them jobs,” he said. “Why aren’t they recruiting in West Virginia? It’s hypocrisy.”

Kuck added that the company was also granted a suspiciously high percentage of the visas it requested.

“They get 100 percent this year, then either they’re really lucky and they have great lawyers or there is something bad going on,” he said.

This appears to be more than rhetorical hypocrisy. The Trump administration’s moves to reform the H-2B visa program has crippled seasonal businesses and Trump's Labor Department has vowed to investigate employers who use the H-2B program.

Trump has defended hiring the very foreign workers he rails against, including during the campaign.

“It’s very, very hard to get people. But other hotels do the exact same thing. And just so you understand, just again, this is a legal process,” he said at a 2016 debate during the primaries. “This is a procedure. It’s part of the law. I take advantage of that. There’s nothing wrong with it. We have no choice.”

Trump’s companies hasn't simply hired foreign workers through the visa process. Multiple undocumented workers at Trump’s golf club in Bedminster, New Jersey, have come forward to the press and have alleged that the club has hired many others like them.

Anibal Romero, an attorney for some of the undocumented workers, told the Washington Post that the company did not merely hire undocumented immigrants but actively recruited them, including one of his clients.

“The important point that I think has been left out is that Americans think these hard-working women get these jobs on their own — that’s not what happened,” Romero said. “People employed by the golf club recruited her and made her the phony documents” that allowed her to work without a valid visa or a Social Security number.