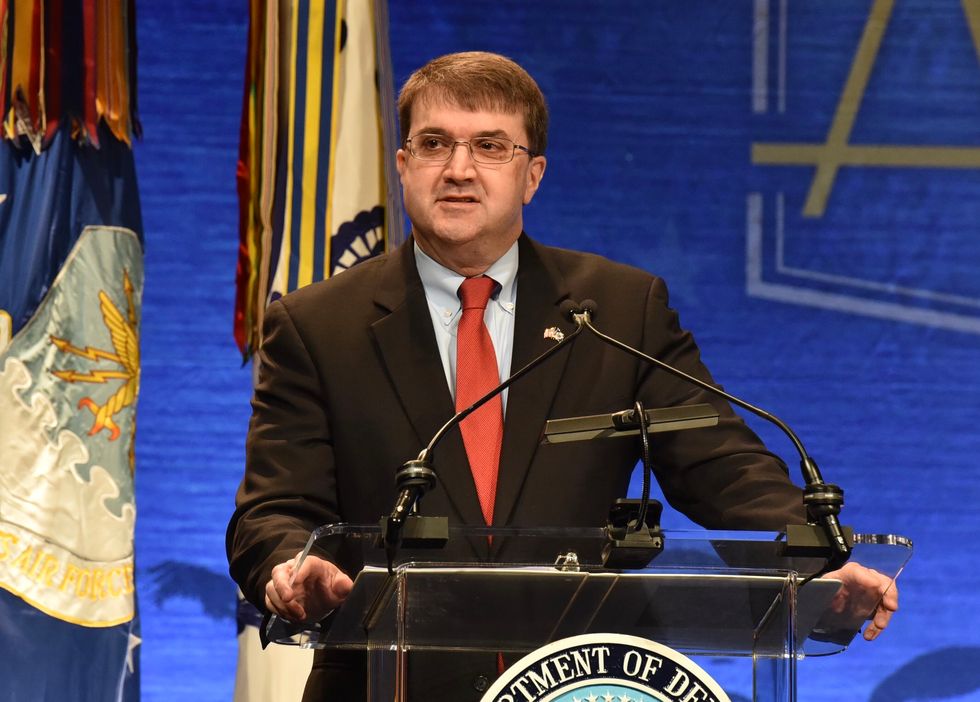 On Friday, CNN's KFile reported that Robert Wilkie, President Donald Trump's Secretary of Veterans Affairs, failed to disclose his ties to Sons of Confederate Veterans in a questionnaire to the Senate Veterans' Affairs Committee during his confirmation:

Wilkie was required to disclose in a sworn statement submitted to the Senate committee his public statements, published materials and memberships he held in organizations over the past decade. Wilkie, however, did not disclose any of his ties to Confederate groups. Wilkie signed the questionnaire affirming that the information provided is "to the best of his/her knowledge and belief, current, accurate, and complete."

Sons of Confederate Veterans is one of the most famous groups promoting the ideology of the Lost Cause — a propaganda slant on the Civil War that marginalizes slavery as the root cause of the conflict and casts those who fought to preserve it as noble defenders against federal aggression.

Wilkie's extensive activity with Sons of Confederate Veterans was first reported last June by the Washington Post, which found he had previously been a member. In December, KFile discovered a speech Wilkie gave to the group's Maryland chapter in 2009, as well as another speech at the U.S. Capitol in 1995 in which he called Confederate commander Robert E. Lee a "martyr to the Lost Cause" and an "exceptional man in an exceptional age."

On the Senate questionnaire, Wilkie was instructed to name "all memberships that you have held in professional, social, business, fraternal, scholarly, civic, or charitable organizations in the last ten years."

Wilkie's spokesman, Curt Cashour, denies the secretary hid anything from Congress intentionally. "Whether the handful of events took place close to a decade ago or 15-20 years ago, Secretary Wilkie gave his best recollection of his participation in them, and emphasized that they were strictly historical in nature, almost all official and bipartisan, and he stopped participating in them once the issue became divisive," said Cashour. "He was not aware that the remarks had been published, and, as he stated, he did not keep copies of the remarks."

Wilkie is the Trump administration's second VA Secretary. Trump fired the first, David Shulkin, after a damning inspector general report revealed he improperly accepted a gift of Wimbledon tickets and used taxpayer money to fly his wife to Europe. The president had initially planned to replace Shulkin with retired Rear Admiral and White House physician Ronny Jackson, who withdrew after the Senate uncovered allegations he crashed a government vehicle while drunk and mishandled drugs.