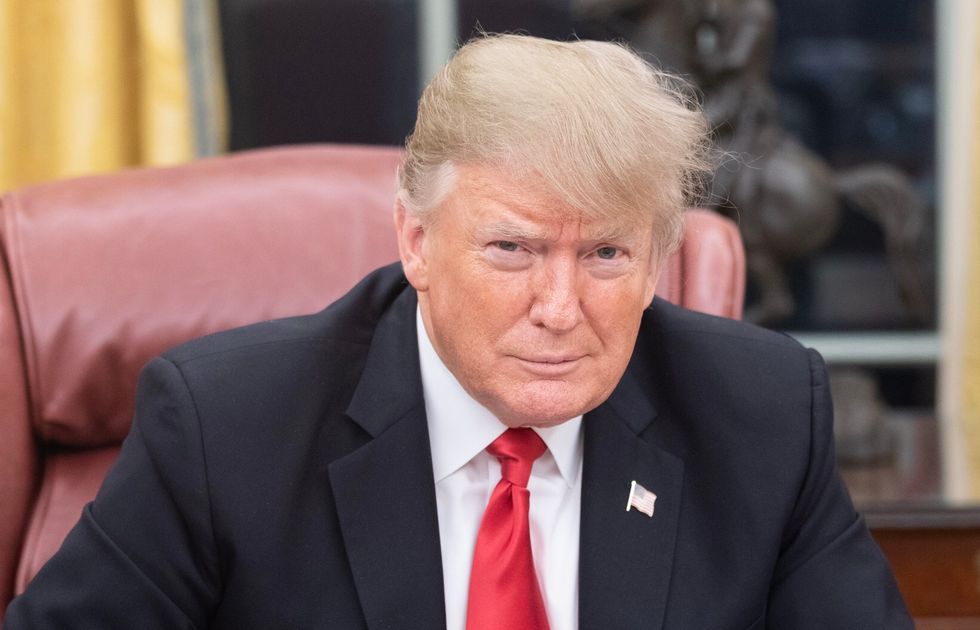 On Tuesday, President Donald Trump gave his anticipated Oval Office speech to the nation on his demand for Congress to fund his border wall in return for reopening the government.

By all accounts, the president ended up delivering a fairly low-key, scripted, but still quintessentially Trumpian speech. He repeated some frequently-debunked falsehoods, including that Democrats had asked him to implement a steel barrier as a "compromise" to his border wall (actually that was his idea), insisted with no evidence that the wall would "very quickly pay for itself," and demanded to know why politicians can have fences on their private property if he can't have his wall (a canard that members of his administration have mentioned before). He rounded off the whole pitch by naming off various anecdotes of police officers being brutalized and murdered by undocumented immigrants.

On social media, reactions came swiftly. Some commentators faulted the mainstream media for allowing themselves to be roped into providing free airtime for such an empty speech:

Others reacted in disgust at Trump going into detail about immigrant murders for no particular reason:

We’ve reached the part of the speech where Trump uses examples of wrongdoing by undocumented immigrants to tar all… https://t.co/dDtO8KvpMk
— Michael Cohen (@Michael Cohen)1546999853.0

And yet other people took note of the fact that Trump started randomly sniffing, a bizarre habit that has come up in his speeches before.

Trump sniffin’ and snortin’ his way through a speech about the flow of illegal drugs into our country is a bit on the nose, don’t you think?
— Tea Pain (@Tea Pain)1547000178.0

Ultimately, Trump's Oval Office address did not seem to land with a great deal of impact either way. It was simply Trump sitting at his desk and pushing his agenda.