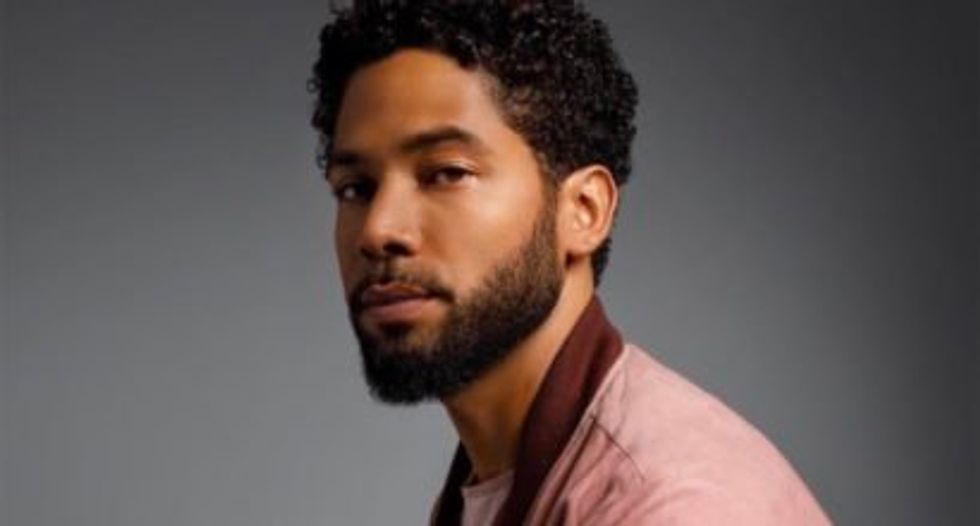 Actor/singer Jussie Smollett, best known for his portrayal of musician Jamal Lyon on the Fox series “Empire,” has been the victim of an apparent hate crime in Chicago—and the suspects, TMZ is reporting, told him, “This is MAGA country.”

The 36-year-old actor, who is African-American and openly gay, had arrived in Chicago from New York City late Monday night and went to a Subway to get something to eat. After leaving that Subway, according to TMZ, Smollett was attacked by two white men who wore ski masks and used racial and anti-gay slurs.

The assailants, TMZ reports, beat Smollett, poured bleach on him, put a rope around his neck and declared, “This is MAGA country” as they were leaving. MAGA is short for “Make America Great Again,” which was President Donald Trump’s 2016 campaign slogan.

Although Smollett suffered a broken rib, he was well enough to be discharged from Chicago’s Northwestern Hospital on Tuesday morning, January 29.

Smollett had been the subject of racial threats before the incident, which Chicago police are investigating. ThatGrapeJuice.Net has posted a note that was sent to Fox’s Chicago studio and told Smollett, “You will die, black f****r”; according to TMZ’s sources, the letter was sent more than a week ago.

Smollett was cast as Jamal Lyon, a gay R&B singer, in 2014—and he came out as gay during an interview with Ellen DeGeneres in March 2015. The Northern California native is known for his recording career as well as his acting, and Smollett’s album, Sum of My Music, was released in 2018.