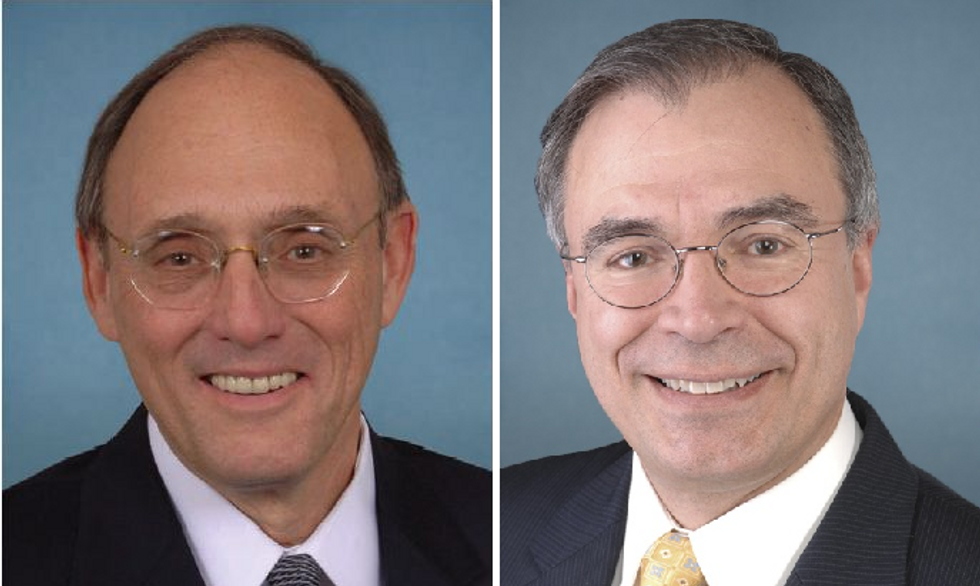 Chuck C. Johnson is a notorious internet troll, former Breitbart reporter, and owner of the far-right conspiracy website GotNews.com, which shut down last year. He was banned from Twitter after urging his followers to help him raise money to "take out" civil rights activist DeRay McKesson, and responded by filing a lawsuit against the social media giant that crashed and burned spectacularly.

His crowning, achievement, however, was a manifesto in January 2017 denying the Holocaust: "I do not and never have believed the six million figure. I think the Red Cross numbers of 250,000 dead in the camps from typhus are more realistic. I think the Allied bombing of Germany was a ware [sic] crime. I agree with David Cole about Auschwitz and the gas chambers not being real." (He later tried to claim that he only denied the Holocaust as part of a trolling experiment.)

When pressed about this interaction by Talking Points Memo, Harris issued a statement pleading ignorance: "I am unaware of his previous associations, but we had a discussion involving his business with genetic sequencing. Of course I disavow and condemn white supremacy and anti-semitism."

If Harris was truly unaware of Johnson's beliefs, that would be incredible, given he and Roe are not even the first two Republicans to get in trouble for hanging out with him.

Last February, Rep. Matt Gaetz (R-FL) invited Johnson to President Donald Trump's State of the Union, which earned him condemnation from the Anti-Defamation League. Ex-Rep. Dana Rohrabacher (R-CA), who lost his reelection bid to businessman and philanthropist Harley Rouda last year, also allowed Johnson to sit in on a meeting between himself and Sen. Rand Paul (R-KY) to discuss WikiLeaks founder Julian Assange. Later that year, both congressmen were caught fraternizing with Johnson again on a yacht.

After repeated controversies, Republicans would do well to learn their lesson and not engage with this man. But apparently, the urge to do so is difficult for some members to resist.