'The White House is flailing': Democratic strategist scorches Trump's desperate ploy as he is 'backed against a wall' 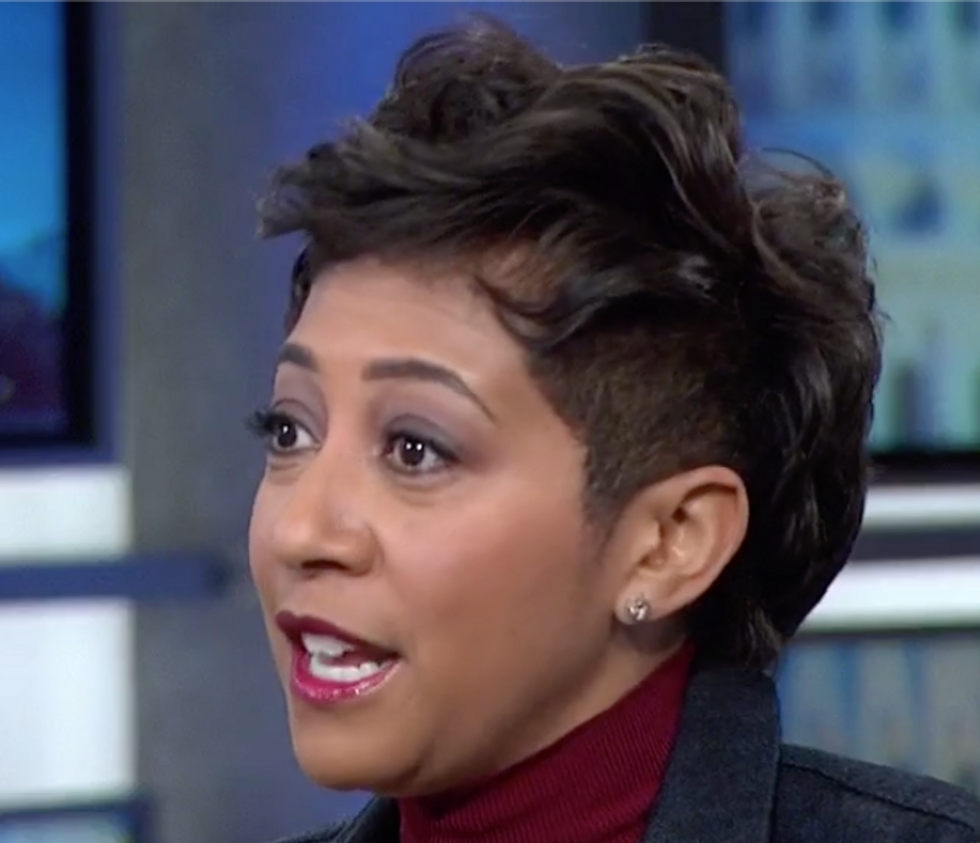 As the government shutdown continues with no end in sight, and the Democratic majority in the House of Representatives enters office, President Donald Trump engaged in a pathetic stunt Thursday by holding a last-minute "briefing" at the White House to repeat his nonsensical demands for a wall while taking no questions.

Despite Trump's claim that the meeting had been set up "a long time ago," it was clear that speaking with the press was a panicked gambit. The event had not appeared on the president's daily schedule, and for that reason many reporters typically at these briefings were absent.

Democratic strategist Aisha Moodie-Mills, speaking on MSNBC's "Meet the Press" after the event, said it was a sign of Trump's "despair."

"A desperate attempt to try to deter some of the celebration, some of the enthusiasm around this new Congress, and say, 'Look at me! Look at me! And by the way, the wall! The Wall!'" she explained. "And it fell completely flat because it didn't seem strategic."

She continued: "Clearly, there wasn't a plan for this. ... I think the fact that the White House is flailing, they look completely desperate is also — the president is really backed against a wall, and that's just good for the Democrats."