The NRA may have illegally coordinated campaign ads with Republican candidates in key Senate races: report 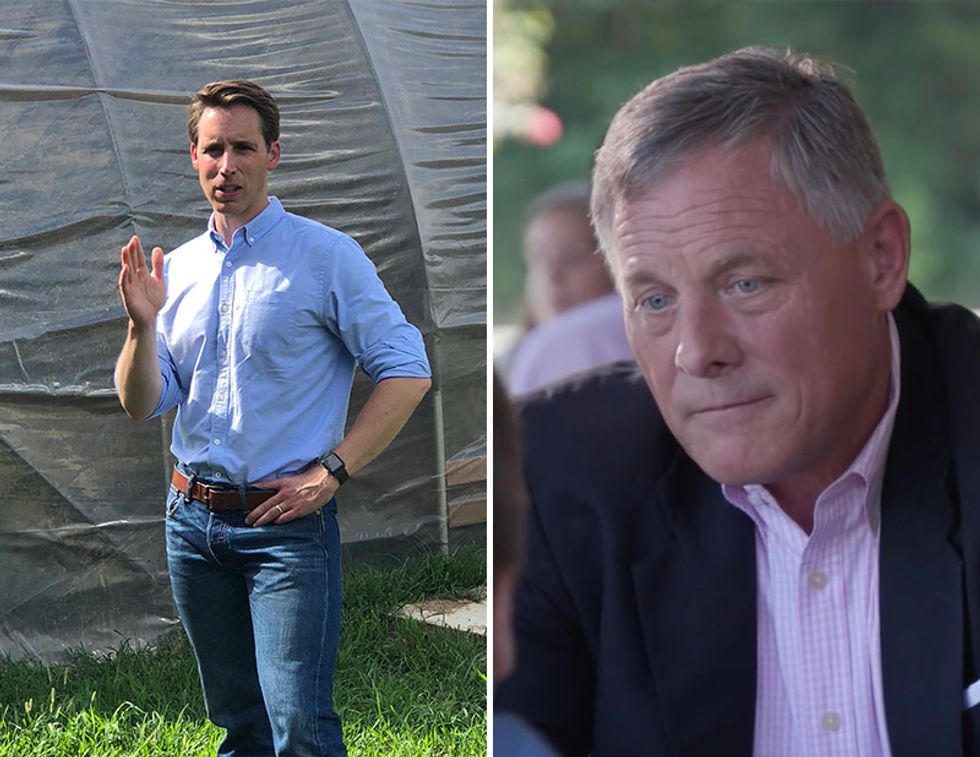 The National Rifle Association appears to have illegally coordinated campaign ads with Republican candidates in key Senate races, according to Federal Communication Records (FCC) records obtained by The Trace.

According to the report, the NRA’s ads on behalf of Missouri Senate candidate Josh Hawley and Montana Senate candidate Matt Rosendale in 2018, as well as North Carolina Sen. Richard Burr in 2016, were all authorized by the same media consulting firm that they candidates used for their ads. (Hawley and Burr won their races, but Rosendale lost to Democratic Sen. Jon Tester.) The scheme appears to be in violation of laws barring independent groups from working in concert with political campaigns.

According to the FCC records, at least 10 purchases by both the NRA and three Senate campaigns were made by the same person, National Media CFO Jon Ferell.

The Trace previously reported in December that President Trump’s 2016 campaign had the same type of scheme with the NRA. In that case, the campaign and the NRA hired different National Media affiliates to approve ads on their behalf. National Media employees using different corporate names placed ads for both Trump and the NRA around the country.

Campaign finance laws prohibit independent groups from sharing election-related information with campaigns. Though it is not illegal for the groups and campaigns to use the same vendor, the Federal Election Commission requires vendors to prevent workers from sharing information.

Larry Noble, who served as general counsel for the FEC for more than a decade, told The Trace that “all evidence points to coordination.”

“It’s hard to understand how you’d have same person authorizing placements for the NRA and the candidate and it not be coordination,” he said.

Last year, The Daily Beast obtained audio in which Rosendale, during his 2018 campaign against Tester, admitted that Chris Cox, the top political strategist for the NRA’s Institute of Legislative Action, assured him that the NRA would aid his campaign by August.

“I fully expect the NRA is going to come in … in August sometime,” Rosendale said in the recording. “The Supreme Court confirmations are big. That’s what sent the NRA over the line. Because in ’12, with [Republican Senate nominee Denny Rehberg], they stayed out, they stayed out of Montana. But Chris Cox told me, he’s like, ‘We’re going to be in this race.’”

The NRA followed up Rosendale’s prediction by spending more than $400,000 on political ads targeting Tester by September.

Both the NRA and Rosendale denied any coordination after the recording was released.

Even before that story broke, Politico reported in July 2018 that two NRA groups had illegally coordinated spending in support of Republican candidates, using a shell company created by the Republican consulting firm OnMessage.

Alex Tausanovitch, who served four years as counsel to commissioners on the FEC, told Montana Public Radio that the coordination between Rosendale’s campaign and the NRA was as blatant as it gets.

“The spirit of the rule is candidates are supposed to be entirely independent of these outside groups, and here we have a recording of the candidate talking about what seems to be a private, substantive conversation with an outside dark money group about the specifics of the campaign,” Tausanovitch said. “That is the kind of thing the FEC could easily look into.”

The NRA is now the subject of two pending complaints before the FEC, but The Trace noted that the federal laws barring such coordination are rarely enforced, in part because the FEC has been deadlocked along partisan lines for years.

Ann Ravel, who served on the FEC until 2017, said that the NRA cases “show how weak the campaign finance system is.”

“There is so much documentary evidence that it wouldn’t even require a lengthy investigation,” Ravel said. “Some cases are hard to prove, but this, on its face, is so obvious. I would not think that there is any basis for not at least investigating the matter.”

“What this reflects is the FEC’s lack of enforcement and the lack of respect that the NRA and the vendor are showing toward the FEC and the law,” added Larry Noble. “You do this if you think no one is going to investigate.”