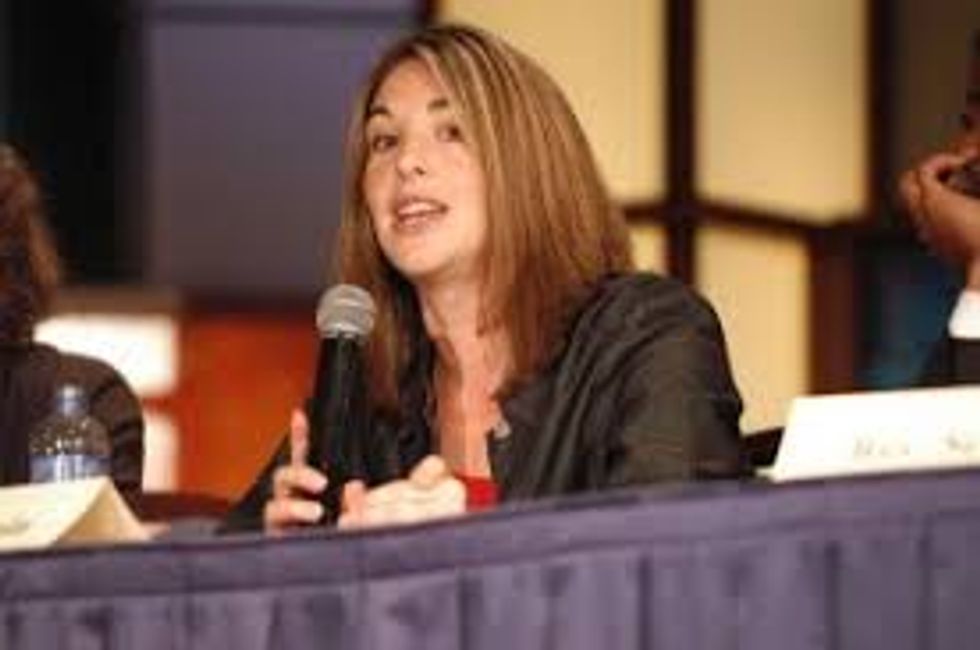 As a result of creating a fake crisis in order to appease his far-right base and achieve a policy goal that has majority public opposition, President Donald Trump continues to threaten to declare a "national emergency" as a way to commandeer military funds in order to build a wall along the U.S.-Mexico border.

But even as experts debate whether or not Trump has the authority to make such a declaration—and consensus that an immediate legal battle would ensue—author and activist Naomi Klein on Thursday morning expressed worry that if the president is allowed to get away with such anti-democratic maneuvers, what would stop him from repeating the tactics in the future.

Klein's statement of concern came in response to a new story on the issue by Charlie Savage at the New York Times – one which noted that "If the president does invoke emergency powers to circumvent Congress, it would be an extraordinary violation of constitutional norms — and establish a precedent for presidents who fail to win approval for funding a policy goal."

The Times article was headlined, "Trump's Emergency Powers Threat Could End Shutdown Crisis, but at What Cost?" To which Klein answered: "At a huge cost. What further roll back of rights (e.g. curfews, 'no protest zones'), not to mention intensified state violence and surveillance, become possible under the banner of 'emergency?' What is to stop him from declaring emergencies again and again if this works?"

In her 2007 book of the same name, Klein used the framework of the 'Shock Doctrine' to describe scenarios in which powerful actors such as corporate interests or governments use crises—whether natural or human-cause, real or invented—to push through a set of unpopular policies that would be impossible, or a least difficult, to enact absent the threat of fear and chaos generated by such societal "shocks."

On Thursday morning, Trump said that if a deal with Democrats is not reached soon," I would say it would be very surprising to me that I would not declare a national emergency and just fund it through the various mechanisms."

On Wednesday, Trump told reporters in the Oval Office that he has "the absolute right to do national emergency if I want."

Incidentally, Trump's syntax is enormously revealing: “I have the absolute right to do national emergency if I want… https://t.co/BrV2Rpm3iI
— Naomi Klein (@Naomi Klein) 1547120120.0

"Even I'm bored of the Shock Doctrine," Klein added, "but this is a bit extreme."