Sean Hannity launches a laughable attack on Alexandria Ocasio-Cortez's tax plan: 'Rich people are not going to remodel their homes' 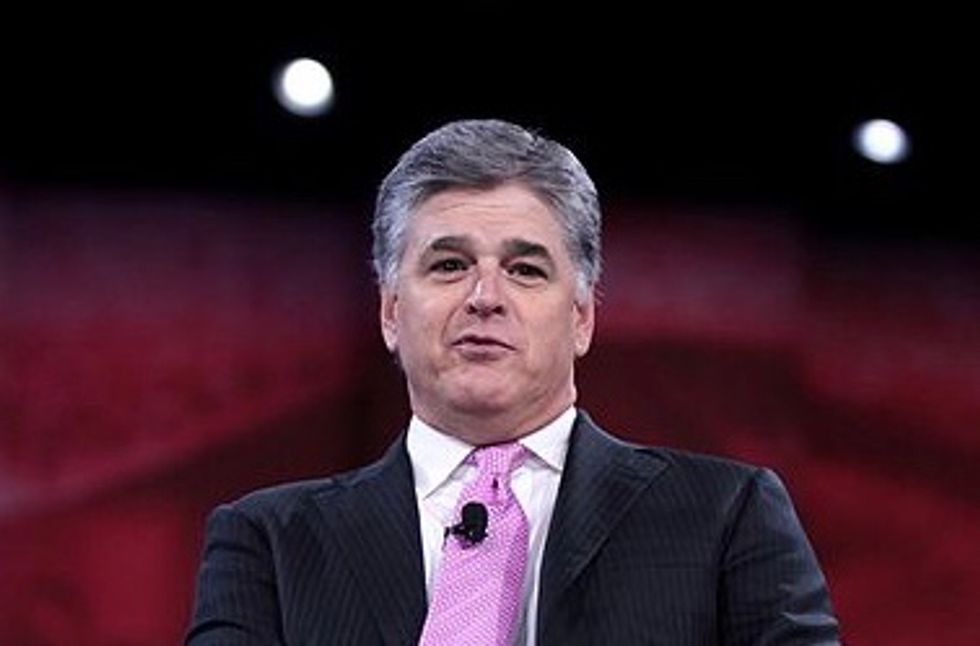 Freshly-minted Democratic New York Rep. Alexandria Ocasio-Cortez's proposal to create a top marginal tax bracket of up to 70 percent for earned income over $10 million has quickly enraged Republicans, and many of their arguments are not intellectually or economically sound.

But quite possibly one of the least convincing arguments against Ocasio-Cortez's proposal came from Sean Hannity, who, as documented by Media Matters for America, warned listeners of his radio show that if wealthy people are taxed more, they will stop remodeling their homes.

This is not even the first time he has used this argument. Last week, Hannity said that Ocasio-Cortez's tax proposal would stop rich people from "buying boats that they like recreationally" and "taking expensive vacations."

It is hard to hear these words coming from Sean Hannity — a man reportedly worth $200 million — and not hear just a tiny note of personal greed in his voice.

Hannity's underlying point, of course, is not just that the rich are entitled to be rich, but that the rich hire and patronize people with their money, who then have jobs and income of their own. The problem with that argument is that lower-income people spend a larger percentage of their money than higher-income people. Give $500 to someone with $2,000, and they are more likely to spend it than someone with $2 million, who is in turn more likely to spend it that someone like Sean Hannity, with $200 million.

That means, if you want to get people spending money on goods and services that lead to more jobs, the super-wealthy are probably the last people you would want to give more money to. A redistributive tax policy — or one which, as Ocasio-Cortez wants, makes alternative energy available to the masses — would be more productive.

So Hannity's dire prediction that wealthy people may not remodel their homes as much is an underwhelming thing to worry about.