Russians are leaking Trump scandals to remind the US president they have leverage over him: MSNBC panel 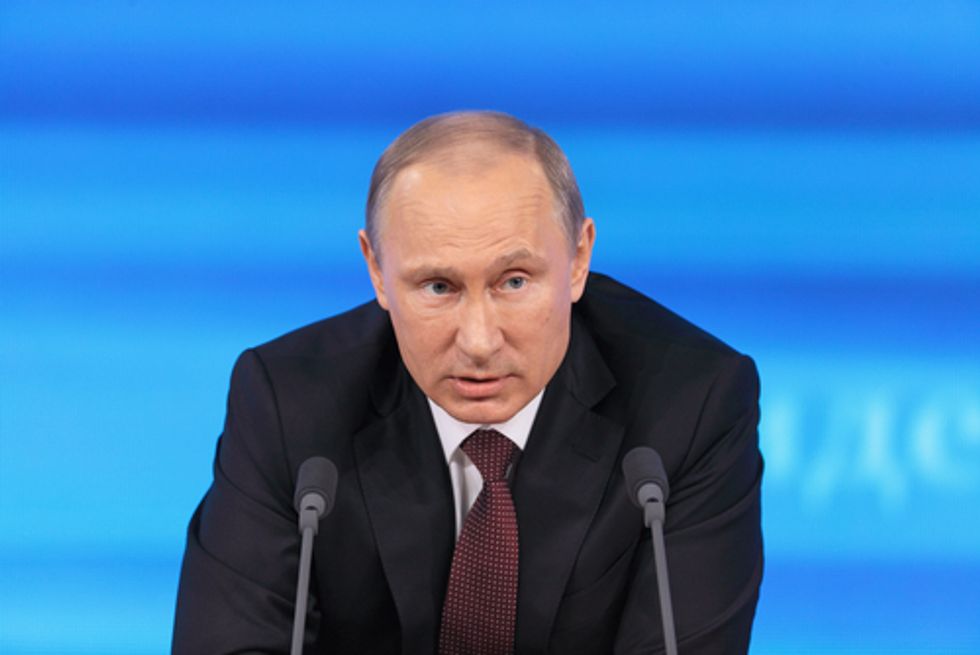 Russian President Vladimir Putin may outmaneuvered President Donald Trump on the world stage once again, panelists on MSNBC's "All In" with Chris Hayes explained on Tuesday.

"Just a few weeks after the revelation that the president of the United States was suspected by his own government of working on Russia's behalf, we're learning tonight about yet another undisclosed exchange the president had with Vladimir Putin," Hayes explained. "It was attended by no American interpreters, just Putin and Putin's own interpreter."

"As we've noted before, this is wildly out of step with the usual protocol and if you were so disposed, you might conclude this is how the president meets with his handler," he explained.

"If you read the sourcing in the Financial Times, it comes from the Russians," Price noted.

"That leads me to believe this might be the work of the Russians themselves, trickling this out -- almost trolling President Trump -- reminding him again and again that we have stuff we can hold over your head, let's work together and how about you find way to make our policy wishes come true or we can make your life more difficult," Price explained.

"It's pretty amazing, by my count at least a half a dozen times since Trump took office we've learned of his interactions with Russian officials from the Russians before we've learned it from the Trump administration," Bertrand noted.

"And I think Ned's point about this particular story being sourced to the Russians is a really important one," she agreed. "Because just remember, that the Trump administration right now is taking a position on Venezuela that the Russians don't like and so if they wanted to make the Trump administration look really bad at this moment in time, then doing this and raising more questions about whether or not Trump is compromised -- and like Ned said reminding him they have leverage -- is a strategic move by them," she concluded.