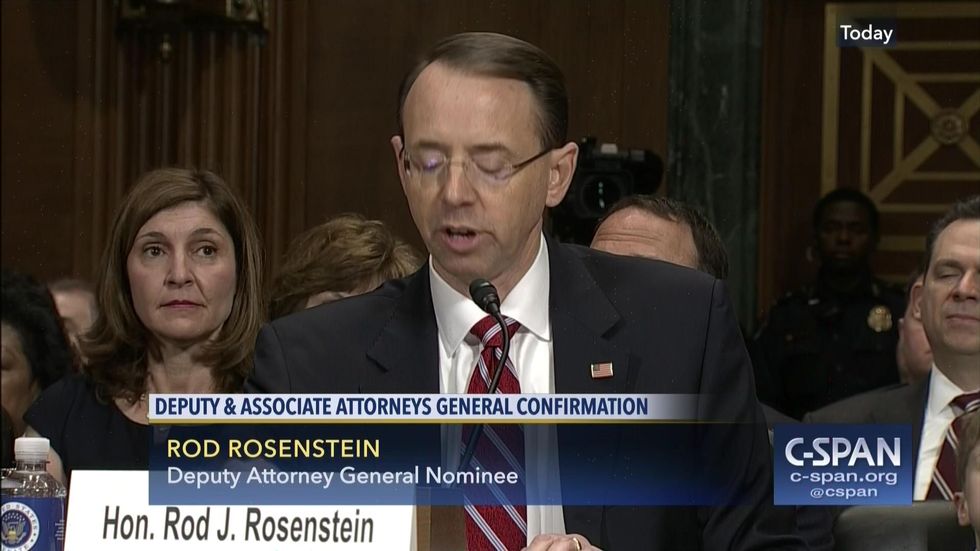 In a lengthy Washington Post report based on anonymous sources which undermines the main premise of the BuzzFeed report,

The Post sources its report to "two people familiar with the matter" who spoke "on the condition of anonymity to discuss internal deliberations."

In the Post report, we learn that "in the advanced stages of those talks, the deputy attorney general’s office called to inquire if the special counsel planned any kind of response, and was informed a statement was being prepared."

As Wheeler notes, the rules governing the Mueller investigation say his team office shall not be subject to day-to-day supervision of any official—that includes Rosenstein.

The only thing that the attorney general or a deputy "may request" is that "the Special Counsel provide an explanation for any investigative or prosecutorial step."

Replying to a BuzzFeed story is not "investigative or prosecutorial step," Wheeler notes.

"It should set off all sorts of alarm bells that as soon as a media report states what has long been clear — that Trump suborned perjury — Mueller’s office is getting calls about how to respond to the press," Wheeler notes. "Whichever side is correct (again, I believe WaPo has just one part of this story), that Rosenstein (or Whitaker) got involved seems to be far more important."