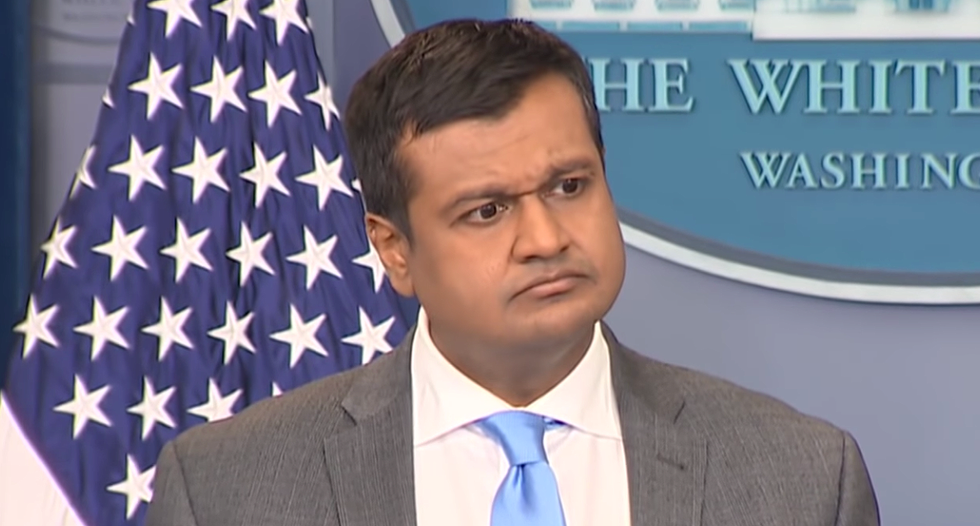 Raj Shah has left his role as White House Principal Deputy Press Secretary and Deputy Assistant to the President. Shah occasionally filled in for Sarah Huckabee Sanders when she was still holding daily press briefings, which have since stopped without notice.

For much of 2018, until he was confirm-end Shah acted as the White House's point person to ensure the confirmation of Brett Kavanaugh to the U.S. Supreme Court.

"As the Trump administration begins its third year, a quarter of the President's Cabinet is filled by acting department heads," CNN reports. "On top of that, across the government, almost 40% of key leadership positions that require Senate confirmation are vacant."

Sarah Sanders was expected to exit the White House by the end of last year. That does not appear to have happened.