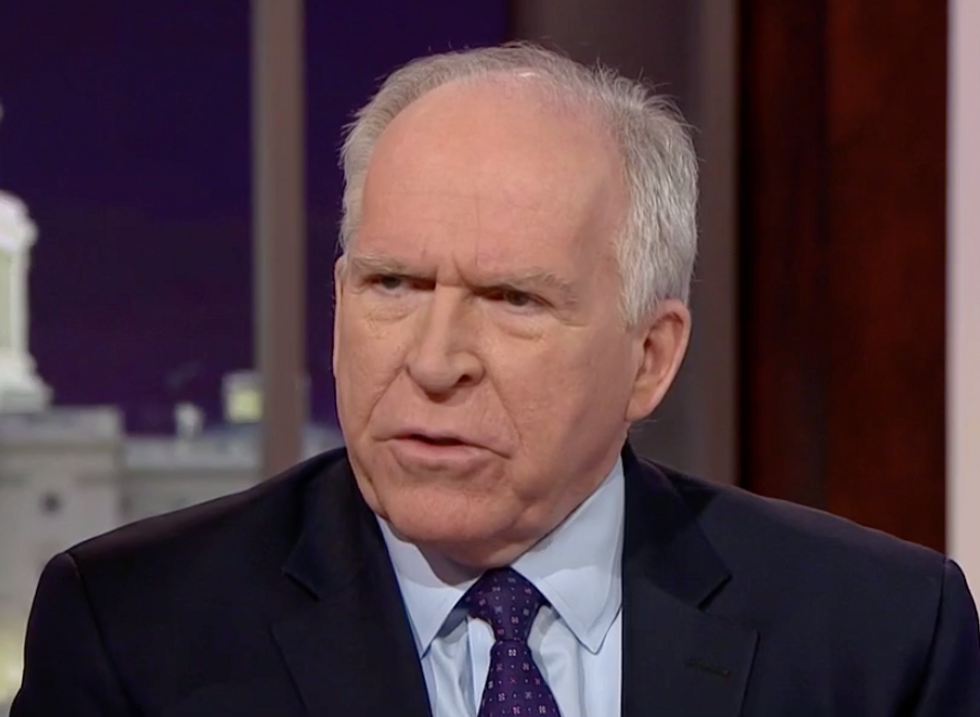 Former CIA Director John Brennan appeared on MSNBC's "Hard Ball" on Tuesday with host Chris Matthews to discuss President Donald Trump's bizarre behavior toward Russia — and the fact that, based on what we know now, Russian President Vladimir Putin clearly had compromising information on him during the 2016 campaign.

"Since Election Day, Donald Trump's behavior and actions toward Russia and toward Mr. Putin are quite, quite puzzling. In terms of: What is he doing? Is he trying to pay back? Is he trying to cover up? Is he trying to follow through on some commitments?" said Brennan. "And the FBI financial investigators are among the best in the world, and I am hoping and confident that they're going to come up with whatever might have transpired."

Matthews noted that Putin must have known all the details about the Trump Tower Moscow deal, which the president covered up during the campaign.

"He knew Trump was lying to the American people," said Matthews.

He added that there is some kind of "special relationship" between Trump and Putin that the Russian president has "exploited and cultivated."