President acknowledges Trump Tower Moscow deal was ‘going from the day I announced to the day I won’: report 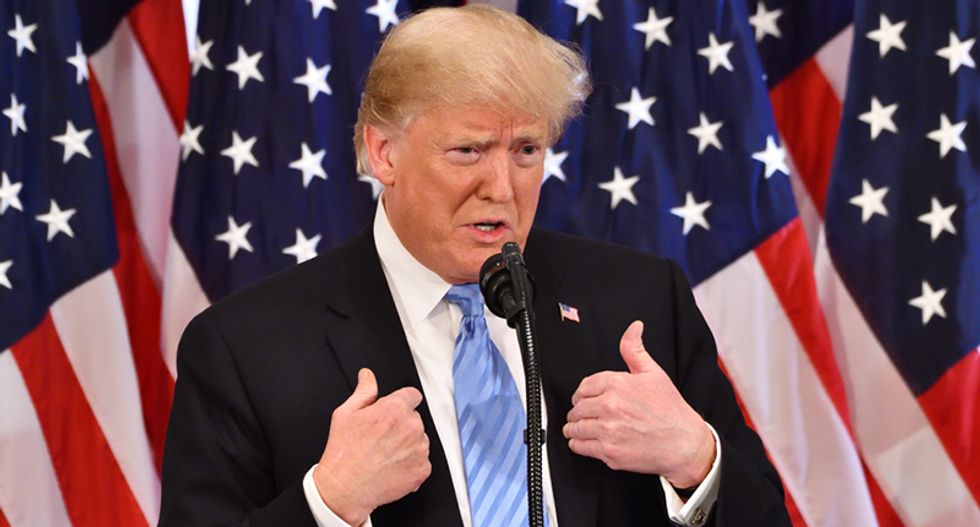 President Donald Trump told his lawyer Rudy Giuliani that he “may” have spoken to Michael Cohen before his congressional testimony, but doesn’t recall what was said. Phone logs or records could probably jog the president’s memory, but it doesn’t seem the White House has yet consulted those.

Trump and Giuliani are now both denying that Trump told Cohen to lie to Congress, though the president has no idea what all was discussed, because he was too busy, according to Giuliani.

“The best he could do is, ‘We talked about it, I knew he was running with it, I honestly didn’t pay much attention to it,’” Giuliani said of Trump’s recollection. Giuliani added that Trump recalled, “‘It was all going from the day I announced to the day I won.’”

Giuliani alleged to CNN’s Jake Tapper Sunday that Cohen was trying to get a reduced sentence. Cohen was convicted of lying to Congress, however. He’s also previously received a sentence for his guilty pleas, so it’s unclear what sentence Giulian is talking about.

The lawyer also said that Trump would never have directly told Cohen to lie. It’s unclear if there were unspoken instructions to do so, however. Giuliani refused to answer a question about it when Tapper asked.

The special counsel’s office reported that the initial BuzzFeed report claiming Trump told Cohen to lie is not accurate according to their records.