New Trump administration plan would syphon money from Puerto Rico and other disaster sites to the pointless border wall: report 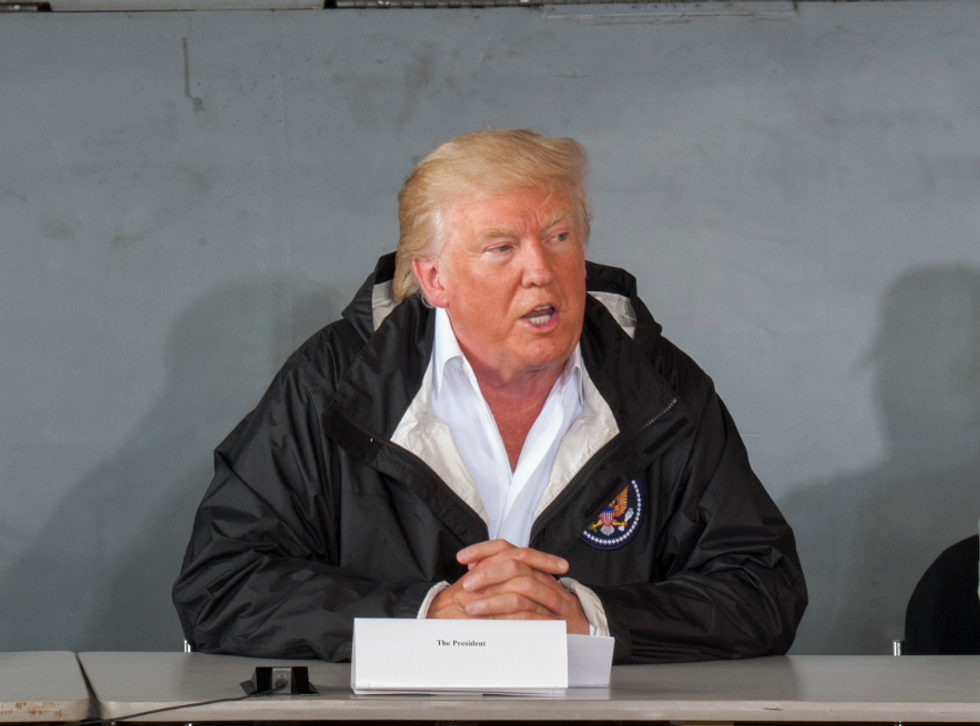 One of the worst chapters in President Donald Trump's time in office so far was his display of willful neglect toward Puerto Rico in the run-up to and the period after Hurricane Maria in 2017. The storm devastated the island and left the millions of U.S. citizens struggling for the basics of survival — food, water, shelter, power and health care — for months. And according to the definitive study of the death toll, around 3,000 people are believed to have been killed in the storm and its aftermath.

As Politico persuasively argued, the Trump administration clearly provided significantly less support to Puerto Rico than it did to Texas hurricane victims a month earlier.

And now, as Trump tries to stoke fears about a non-existent national security crisis at the U.S.-Mexico border, he may once again show neglect for Puerto Rico.

According to a report from NBC News on Thursday, officials have briefed Trump on a plan to declare a national emergency that would allow him to secure the funds to build a border wall — a key promise he is failing to fulfill because of resistance from Democrats in Congress — by syphoning funds away from Puerto Rico and other sites of natural disasters.

The money was set aside to fund projects all over the country including storm-damaged areas of Puerto Rico through fiscal year 2020, but the checks have not been written yet and, under an emergency declaration, the president could take the money from these civil works projects and use it to build the border wall, said officials familiar with the briefing and two congressional sources.

The plan could be implemented if Trump declares a national emergency in order to build the wall and would use more money and build more miles than the administration has requested from Congress. The president had requested $5.7 billion for a wall stretching 234 miles.

Under the proposal, the officials said, Trump could dip into the $2.4 billion allocated to projects in California, including flood prevention and protection projects along the Yuba River Basin and the Folsom Dam, as well as the $2.5 billion set aside for reconstruction projects in Puerto Rico, which is still recovering from Hurricane Maria.

Declaring a national emergency when none exists would likely be illegal and would almost certainly be challenged in court. Trump has already hurt his own case by publicly proclaiming that his decision about whether to declare an emergency is based on whether Democrats agree to his demands. This makes it clear that he's not seeking to address a pressing national interest but to instead use legal vagueness to grab power that rightfully belongs to Congress.

But in addition to these fundamental violations of the Constitution and the rule of law, this move would be another unbelievably callous blow to Puerto Rico, which has already suffered far too much under the watch of this president.