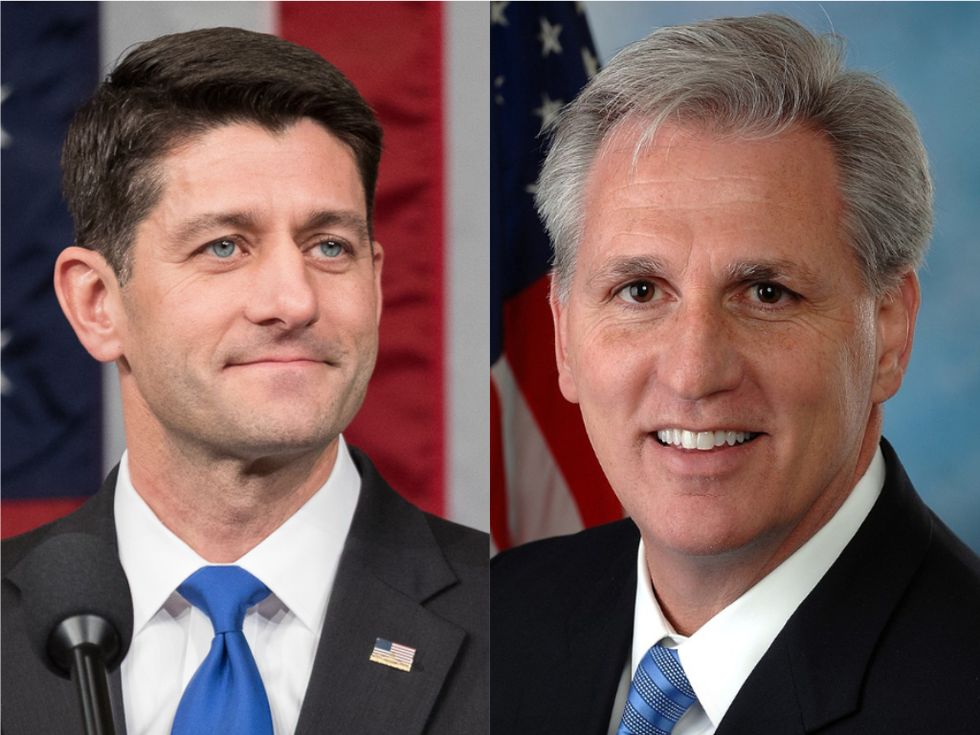 Republicans have finally taken action to formally rebuke Rep. Steve King (R-IA), a wildly racist lawmaker with a long history of making incendiary remarks that was capped off in a recent comment to the New York Times casting doubt on the notion that "white supremacy" is offensive.

As I have argued, this doesn't represent some monumental moral stand on the GOP's part. The party is deeply sensitive to its perilous optics around racism, and it has decided that King's bigotry — which up until now the has been largely ignored — finally crossed the line to become a real public relations problem. So they have stripped him of his placement on House committees, and many are pressuring him to leave Congress.

Discussing the controversy on KERN Radio, House Minority Leader Kevin McCarthy (R-CA) not-so-subtlely slammed his predecessor in GOP House leadership, former Speaker Paul Ryan, for allowing King to get away with his bigotry.

"Past leaders did not act," McCarthy said. "I just felt, I don't care if it hurts me or not, I gotta just do the right thing. But when I looked in the back of the things he had said — even recently — and done, it doesn't reflect us. And it can't reflect us."

CNN's Andrew Kaczynski pointed out the comments, noting that McCarthy neglected to mention that while King was making horrifying comments in recent history, McCarthy himself was the majority leader in the House. And yet he did nothing.