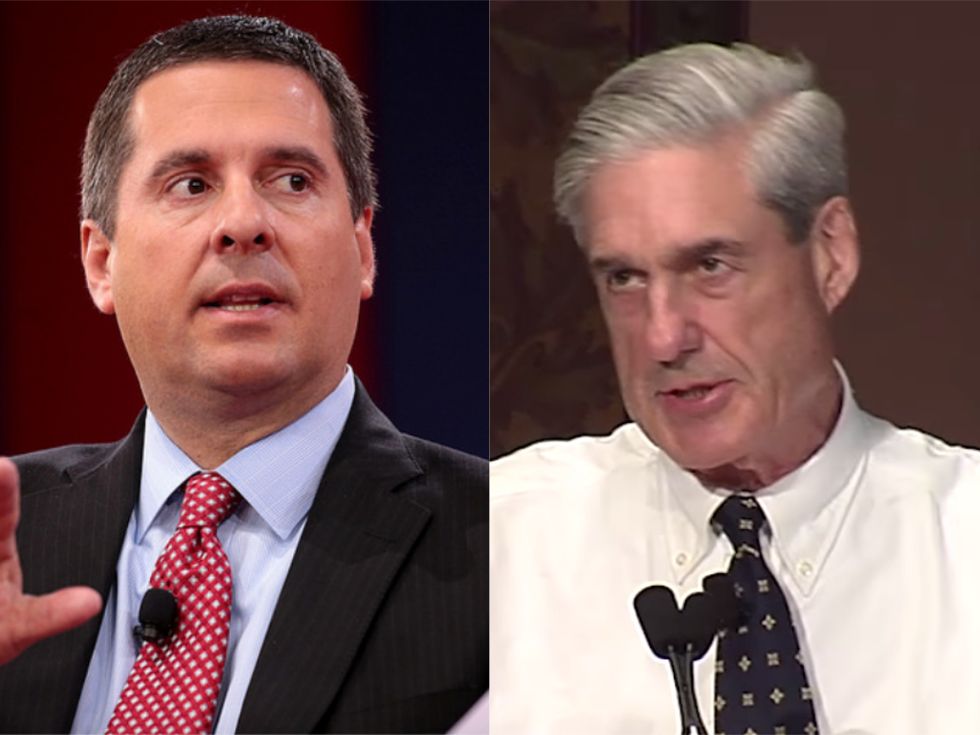 Special Counsel Robert Mueller is scrutinizing a meeting that included one of President Donald Trump's most prominent defenders, Rep. Devin Nunes (R-CA), according to a new report from The Daily Beast.

Nunes, the now-deposed former chairman of the House Intelligence Committee, reportedly attended a breakfast meeting with a large group of foreign officials and Michael Flynn, Trump's former aide who has pleaded guilty to lying to the FBI as a part of the special counsel's investigation.

The meeting, which was held days before the 2017 presidential inauguration at the Trump International Hotel in Washington, D.C., has come under scrutiny as a part of an inquiry into the inaugural committee's finances, the report found. Both the special counsel and federal prosecutors in Manhattan have reportedly honed in on the inaugural spending as a potential source of foreign influence peddling and illegal contributions. Sam Patten, a lobbyist, has already pleaded guilty to illegally funneling foreign funds to the committee.

Nunes, who has not been accused of any wrongdoing, has been perhaps Trump’s most important congressional ally over the last two years. After serving on Trump’s transition team, Nunes became a vigorous defender of the president against federal and congressional inquiries. The California Republican pushed a misleading memo alleging misconduct in the FBI investigation of Trump’s associates that the bureau said contained “material omissions of fact that fundamentally impact the memo’s accuracy."

Now Nunes—a key figure behind the right-wing counter narrative that Trump is at the mercy of a “Deep State” conspiracy—finds at least one meeting that he himself attended under the special counsel’s scrutiny.