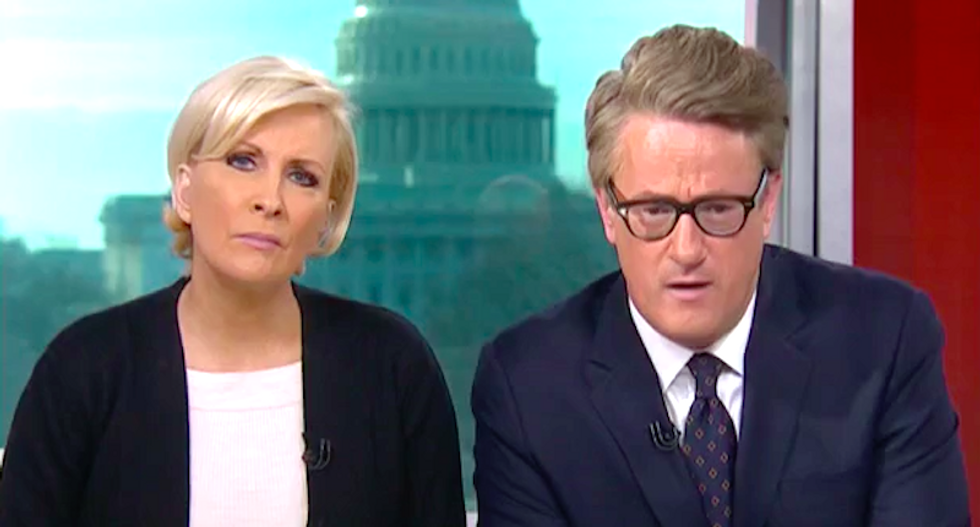 With the United States’ federal government having been partially shut down since December 22, President Donald Trump will be giving a speech tonight at 9 p.m. EST and addressing the shutdown while making his case for a wall along the U.S./Mexico border. The major networks will be broadcasting the president’s speech, but this morning on MSNBC’s “Morning Joe,” hosts Mika Brzezinski and Joe Scarborough urged them to refrain from doing so because the president’s speech will be full of “lies.”

“It’s going to be lies, and we know it,” Scarborough told Brzezinski,” adding that Trump “could come off looking not only mendacious, but also, foolish.”

Brzezinski concurred, emphasizing, “The networks should refuse to turn over the airwaves to Donald Trump tonight.”

One of the guests, liberal Washington Post columnist Eugene Robinson, interjected that if the major networks didn’t carry Trump’s speech, the president—who has been a persistent critic of the mainstream media—would accuse them of “bias” and reporting “fake news.” But Robinson also stressed that he hoped the networks would aggressively fact-check Trump’s speech, suggesting that perhaps some type of fact-checking “ticker” could appear on the screen while the president is speaking.

Steve Rattner, a former United States Treasury official and one of the guests, pointed out that carrying Trump’s speech makes sense from a monetary standpoint because he tends to “drive ratings.” But Rattner noted that when President Barack Obama gave a similar type of speech addressing the nation in 2014, not all of the major networks carried it.

Scarborough (a former Republican congressman and Never Trump conservative) asserted that Trump will use his speech to “spread hatred through lies and disinformation,” adding, “This is a circus act that Americans have seen enough of.”