Just the facts: Trump, the ‘border crisis’ and the wall 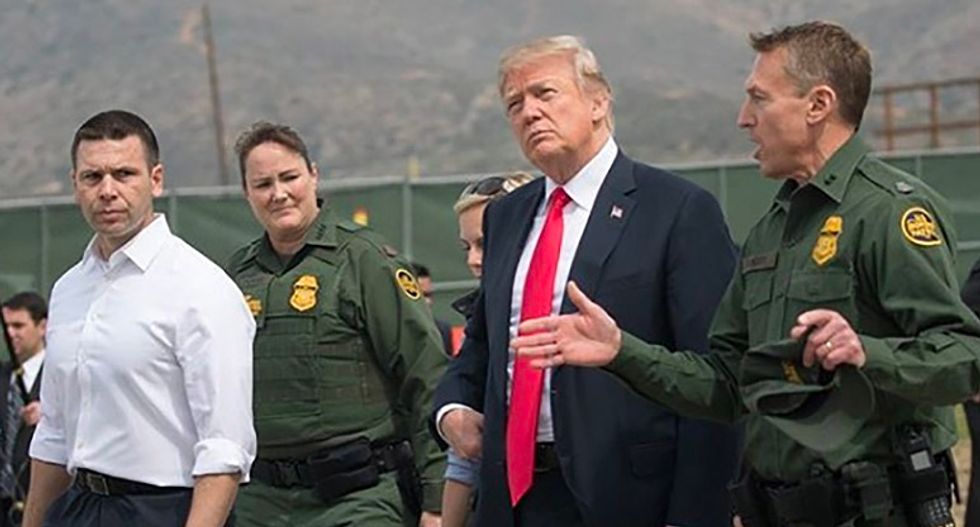 It is clear that the unending debate about funding a wall on the Southern border is a matter of political faith rather than a response to an agreed-upon problem that needs a solution. You’d think that opposing sides would want agreement on the issue at hand before they attached a solution.

Then, even those of us without strong feelings might be persuaded to apply a barrier-type solution, whether concrete or steel, technological or physical, human policing or eye-in-the-sky tools to a potential repair. At least that’s how reasonable debate should work. Clearly what we have going on in Washington is neither reasonable, nor much of a persuadable debate, and we’ll hear plenty more of it tonight when Trump takes his case to voters in a national address.

For Trump and his most ardent followers, there is one set of “facts,” that includes scary numbers of illegal crossings by terrorists as well as unwanted immigrants from Central America. The president has been generous in his painting of an untamed border, despite fences, walls and guarded points of entry that already cover about 700 miles of border. Some of the information is classified, but officials argue that even one terrorist or one criminal is too many.

Democrats, for their part, are challenging those figures and citations as overblown or unfair melds of partial information, and note that overall, the entire illegal immigration problem along the border is down significantly from past years.

It’s a bit like saying the economy is bad because you haven’t seen a raise, or the economy is great because corporate profits are up. A lot may depend on point of view.

All this is important because, with a continuing impasse, Trump wants to declare a “national emergency” using border statistics and move ahead with the construction of a campaign-promised wall using money assigned to the military or other agencies without the participation of Congress. That, in turn, is sure to spark legal challenges, since previous declarations of national emergencies have been in shooting wars in Iraq and Afghanistan or following the Sept. 11, 2001 attacks on the World Trade Center.

The entire justification for a national emergency, then, hangs on the statistics from the border.

So, I went to the Department of Homeland Security data site, the Border Control website for data and other places to see what is available to the public—since I want persuasion (often, I can be persuaded) rather than faith in a campaign promise. The short answer is that the most recent data reported out is from 2017, and what they show is that in gross numbers, the immigration numbers being juggled by Homeland Security departments are in the tens of millions, all told, meaning that even scary numbers being quoted from the border are minute percentages of the whole of immigration problems being handled.

The Washington Post corrections squad has done its readers a service by examining many of the claims of a scary border situation and doing reporting on the more current figures being cited. The conclusion: As the government shutdown continues, the Trump administration has been using misleading immigration numbers to make a case for the wall. That’s not to say that there are bad numbers. But top administration officials, including Trump, say they want a border wall because thousands of criminals and terrorists are stopped or arrested every year by U.S. authorities. The numbers they are citing in televised remarks and submitting in writing to members of Congress are being spun pretty heavily.

However, you come down on the wall issue or on breaking the impasse, we should be able to agree on a singular set of facts that describe the problem today.