Israeli firm pitched Don Jr. on election meddling scenario in 2016 — and it sounds exactly like the Russia scheme 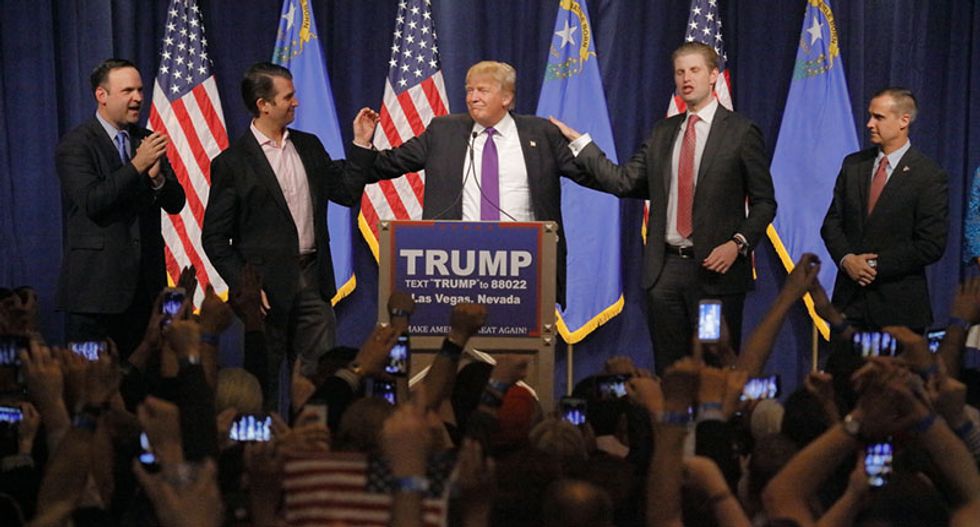 A consulting firm with ties to Israeli intelligence pitched a plan to the Trump campaign to use social media and foreign assistance to interfere with the 2016 election that turned out to be eerily similar to Russian meddling.

The pitch by Psy Group, which is reportedly owned by Wikistrat founder Joel Zamel, laid out an election influence campaign that involved creating thousands of fake social media accounts to support Trump, and Zamel himself took part in at least two meetings in Washington in 2016 and 2017.

His staff at Psy Group continued making connections about their social media manipulation scheme with individuals who represented themselves as close to the Trump campaign.

Zamel met with Donald Trump Jr. after his father became the Republican presidential nominee to discuss the plan, which resembled the election interference already underway by Russia and the scenario described by Wikistrat the year before.

Special counsel Robert Mueller’s investigators have already questioned Zamel, who is so low-profile that no public photos of him are known, and Gates has agreed to cooperate as part of a plea agreement.

It’s not clear whether the Psy Group plans were ever implemented, but some former employees said at least parts of them were carried out.

An attorney for Wikistrat pointed out the firm had conducted hundreds of simulations on a variety of scenarios, and many in the cybersecurity world were concerned about foreign election interference when Psy Group conducted the sim.

But one former employee who helped create the 2015 report said the accuracy of their predictions are spooky in retrospect.

“At the time we were discussing the subject of cyber-interference in democratic processes, it seemed and felt like just another idle intellectual exercise and scenario planning project for political scientists,” said Peter Marino, a former Wikistrat analyst. “But retrospectively, it feels a bit too on-the-nose not to be disturbing.”