'I accomplished the military': Trump deflects from ongoing wall debacle with rambling presser filled with falsehoods 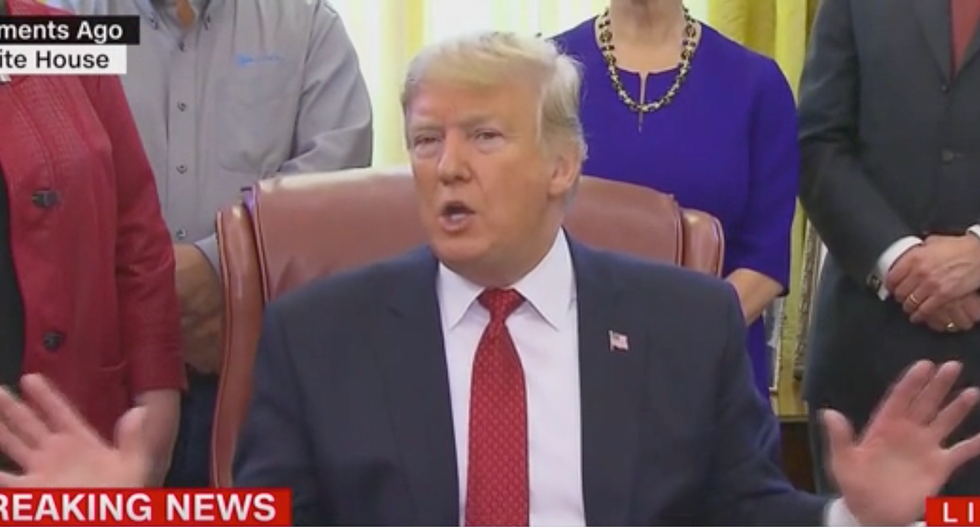 “Iran is a big threat, and I think I did the right thing when I terminated the ridiculous Iran deal,” he said. Terminating the deal was actually a violation of the deal, though Iran has continued to follow the requirements outlined by the deal. He alleged that the country was given $8 billion in cash. The dollar amount in the claim has evolved from as much as $150 billion to as low as $5 billion, but regardless, the president was fact-checked by The Washington Post and found to be lying.

When it came to the intelligence leaders that Trump reportedly dressed down this week, the president sang a different tune.

“I have great respect for everybody but I don’t always agree with everybody,” said Trump. “Time will prove me right.”

When he was asked about the intelligence report he trashed on Twitter Wednesday, Trump admitted he hadn’t actually read the report.

“I didn’t see the report,” he said at the end of a long rant.

Trump also proclaimed the U.S. was the top economy in the world for the first time and took credit for the move. The U.S. has had the top economy for every year at least since 2014 when Barack Obama was president.

Toward the end of the press conference, Trump said that the wall is already being built, which begs the question of why he still needs funding for it. The last thing he said, however, was that “the wall was going up, in one form.”