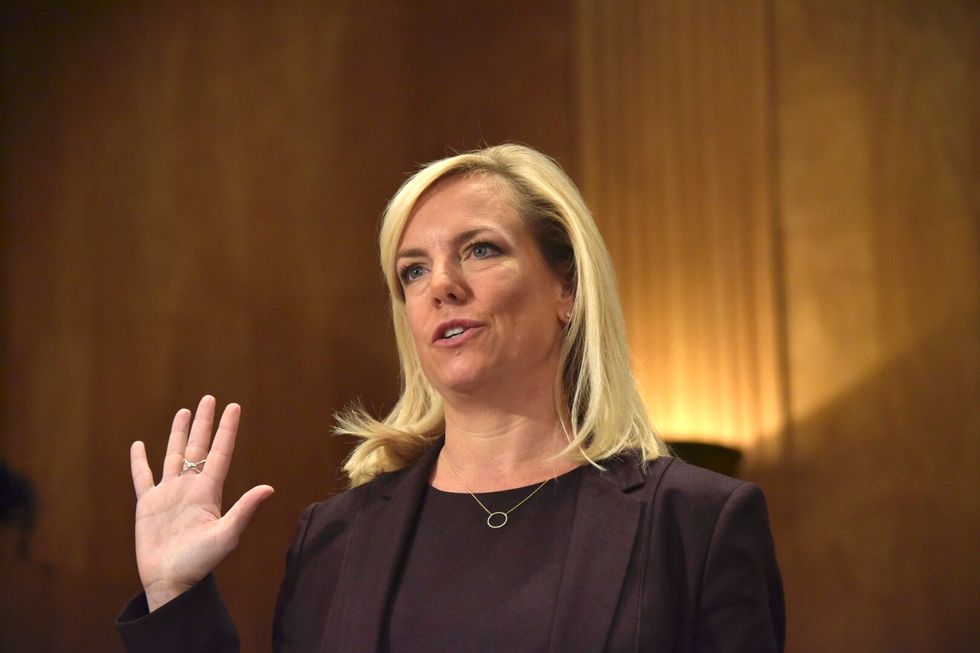 President Donald Trump's Department of Homeland Security has reached an agreement with Mexico to relocate migrants legally seeking asylum in the United States south of the border to await their hearing before an immigration judge, the agency confirmed to Vox on Thursday.

This "safe third country" agreement, called the Migrant Protection Protocols and first reported by Reuters, will essentially be a legal codification of a policy that Trump's border agents have de facto been trying to enforce for months, turning away migrants at ports of entry and using tear gas on families with children to prevent anyone from crossing the border elsewhere. It will be a major policy change from the current system, where most migrants are released within the United States pending a hearing.

According to Vox, the policy will first be rolled out in San Ysidro, a district of San Diego. Migrants will have to wait in Tijuana, which is already crowding with people seeking asylum, and where conditions are already deteriorating as people sleep in makeshift encampments with little shelter.

Reuters reports that the policy will not apply to certain vulnerable populations, including unaccompanied minors, and that the Mexican government has stated it will not accept any asylum seeker facing a credible threat from Mexican territory. And immigration activists reportedly plan to see how the policy works in practice before suing to stop it.

But it remains unclear how the Mexican government will be able to keep migrants safe. Mexican border towns are no safer than the violent conditions the migrants fled from in Central America, with criminal gangs preying on those waiting for entry into the U.S. And may of these migrants will have to wait months or years for their hearings, as there are currently 800,000 cases backlogged in immigration courts.

Trump has long sought to dismantle the existing system for processing asylum seekers, dubbing it "catch and release," and claiming that migrants can simply abscond while waiting for a hearing in the United States. But the data show this is a fictional problem — under President Obama's Family Case Management Program, which allowed migrants to live in the surrounding community with light supervision, 99 percent of migrants complied with ICE appointments and 100 percent complied with their court date. Under Trump, ICE canceled this program even though it was an overwhelming success.

Another of Trump's plans to crack down on migration was to ban any asylum seeker who crossed the border outside of a port of entry. A federal judge struck down that policy, noting that the law did not distinguish between asylum seekers based on where they crossed the border. His administration has also sought to deter migration by separating children from their families, which led to an international outcry.