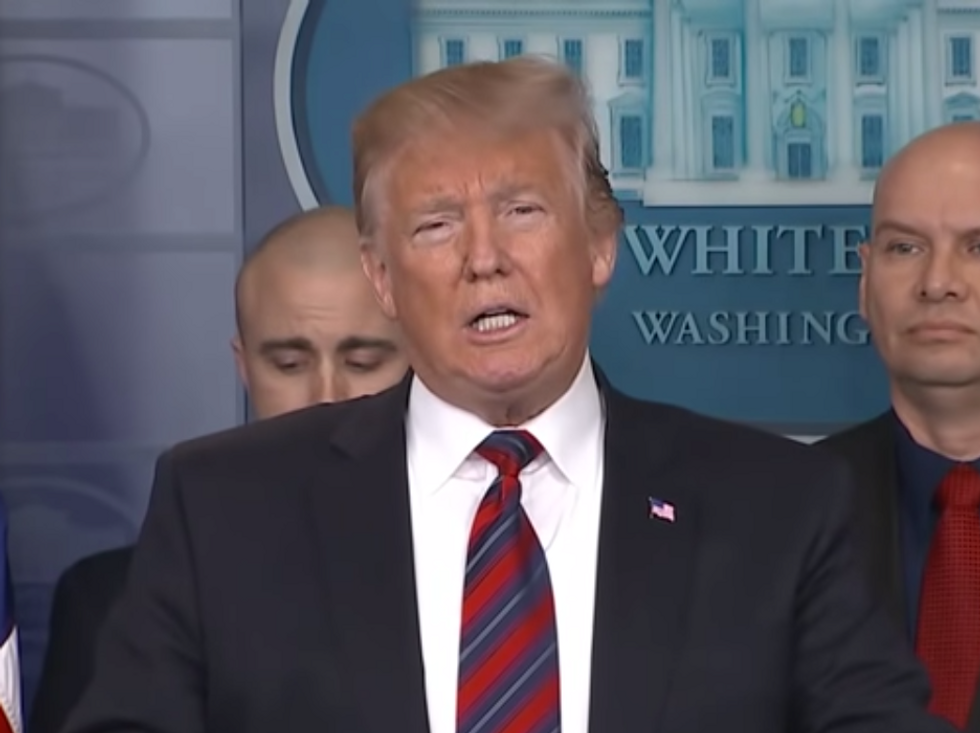 We are now two weeks into President Donald Trump's petulant gambit to shut down the federal government until Congress gives him his border wall. He has even threatened to keep the government closed for months or years. And while not everyone is immediately feeling the effects, for many it is profound: some 800,000 federal workers have either been furloughed or are being made to work without pay. All of this has serious consequences.

Here are just some of the consequences of the ongoing shutdown:

If you live in public housing funded by the Department of Housing and Urban Development, you might be having a lot of trouble getting in touch with anyone for help. That's because, according to NBC News, HUD workers have largely been furloughed as the agency's funding has dried up:

The Department of Housing and Urban Development is one of the seven agencies most directly affected by the standoff between President Donald Trump, who is demanding $5 billion in border wall funding, and congressional Democrats, who want to reopen the government without it. Since Dec. 22, the vast majority of federal housing employees have been forced to stay home without pay — prohibited from doing any work, including responding to emails.

Most of HUD’s routine enforcement activities have been suspended, including mandatory health and safety inspections of housing for low-income families, the elderly and people with disabilities, according to the shutdown contingency plan that HUD posted on its website.

And it could soon get a lot worse. If the shutdown lasts much longer, HUD's rental assistance subsidies and affordable housing grants to state and local governments could run out, potentially threatening the housing of millions of people.

With the government shut down, national parks are unattended, and garbage is accumulating. The National Park Service is getting some assistance with D.C. sites it manages as local crews pick up the slack, but that arrangement isn't enough to take care of everything properly. Experts warn that even once the government reopens and park employees clear away the trash, the environmental damage could be permanent in some places.

As if that weren't bad enough, Trump's Interior Department decided to keep the parks open even with no one to man them, with the result that people visiting — and some people are getting killed, according to the Washington Post:

Three days after most of the federal workforce was furloughed on Dec. 21, a 14-year-old girl fell 700 feet to her death at the Horseshoe Bend Overlook, part of the Glen Canyon Recreation Area in Arizona. The following day, Christmas, a man died at Yosemite National Park in California after suffering a head injury from a fall. On Dec. 27, a woman was killed by a falling tree at Great Smoky Mountains National Park, which straddles the borders of North Carolina and Tennessee.

It's not clear if these deaths would have been prevented absent a shutdown, but former officials told the Post that the furloughing of employees does pose serious risks.

According to CNN, hundreds of TSA agents faced with demands to work without pay are calling in sick to get off work. While some may be doing so to protest the loss of pay, others may simply have no choice: a union official has said that many of the officers calling in sick need to look after their children now that they have no money to afford daycare, or else are working side jobs to get through the shutdown.

For the record, Homeland Security spokesman Tyler Houlton denied the reports in a combative statement, calling them "fake news":

More #FakeNews from @CNN. Security operations at airports have not been impacted by a non-existent sick out. CNN ha… https://t.co/YbZ91OVSMr
— DHS spokesperson (@DHS spokesperson) 1546645125.0

A Washington Post report suggests that the Internal Revenue Service, which has furloughed about 90 percent of its workforce, will not issue tax refunds during the shutdown, as it drags into tax season:

From late January through March 2 of 2018, the IRS paid out $147.6 billion in tax refunds to 48.5 million households. That money could be frozen within the IRS if the refunds are stalled.

Early last year, as part of its contingency planning for possible government shutdowns, the IRS said it would not issue any tax refunds during a shutdown. Treasury and IRS officials have not said they will completely suspend all tax refunds next month, but a senior administration official said such disbursements would be severely affected and likely slowed if they are paid.

This confusion will come on top of the fact that many people don't know whether they are getting a refund at all this year due to the GOP's 2017 tax bill, which threw withholding rates into confusion around the country.

The same Washington Post report also said that, if the shutdown drags into February, the Department of Agriculture might not have enough funds to fully administer the Supplemental Nutritional Assistance Program (SNAP):

Congress has not allocated funding for SNAP beyond January, and the program’s emergency reserves would not cover even two-thirds of February’s payments, according to past disbursements. Last September, the most recent month for which data is available, SNAP disbursed $4.7 billion in benefits to recipients across every U.S. state.

Lawmakers last year appropriated $3 billion into a “contingency” fund for SNAP. USDA officials would not comment on the status of the $3 billion, but if all of that money is still available, it would cover 64 percent of February’s obligations.

If food stamp payments are halted, even if recipients are reimbursed later, that could have profound and dangerous consequences. Millions of low-income families could receive reduced money for food, or none at all.

There are a few people who might actually benefit from the shutdown: Vice President Mike Pence and members of Trump's Cabinet.

Since 2013, Congress has staved off automatic, scheduled raises for senior executive officials. But ironically, with Congress unable to pass a continuing resolution that Trump will sign, those automatic raises will retroactively go into effect this month. Pence himself stands to make about $10,000 from the increase — although the vice president has stated he will refuse the extra pay during the shutdown.