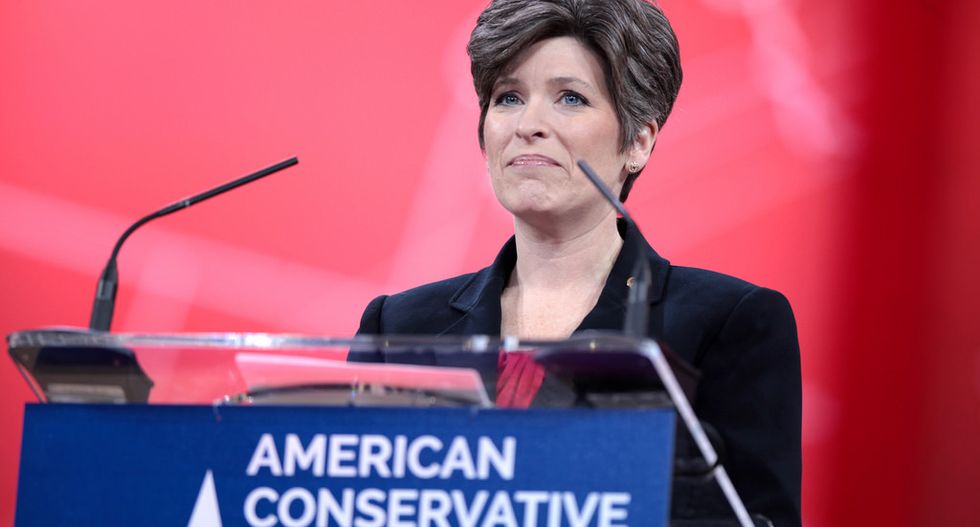 According to a divorce court filing, Sen. Joni Ernst (R-IA) claims one of the reasons she wishes to part ways with her husband is because she believes he thwarted her ambition to become President Donald Trump’s running mate in 2016.

The Guardian reports that Ernst’s attorneys filed a supporting affidavit in her battle with her husband, Gail, stating, “In the summer of 2016, I was interviewed by Candidate Trump to be vice president of the United States. I turned Candidate Trump down, knowing it wasn’t the right thing for me or my family.

“I continued to make sacrifices and not soar higher out of concern for Gail and our family,” she said of her husband of 26 years.

The report states that Ernst met with Trump on July 4th, 2016 and discussed the job before telling Politico, “I made that very clear to him that I’m focused on Iowa. I feel that I have a lot more to do in the United States Senate. And Iowa is where my heart is.”

Now, in her divorce filing, Ernst is singing a different tune and putting the blame on her husband, complaining her husband “ … hated any successes I had and would belittle me and get angry any time I achieved a goal.”

Firing back, Ernst’s husband said her career stunted his own, claiming in documents: “I gave up all my aspirations and goals to be a good dad and husband so Joni could pursue her dreams.”

Had Ernst been tapped by Trump, she would have become the second female GOP vice presidential nominee, following in the footsteps of former Alaska Governor Sarah Palin who was a partner in the late Sen. John McCain’s failed presidential run.