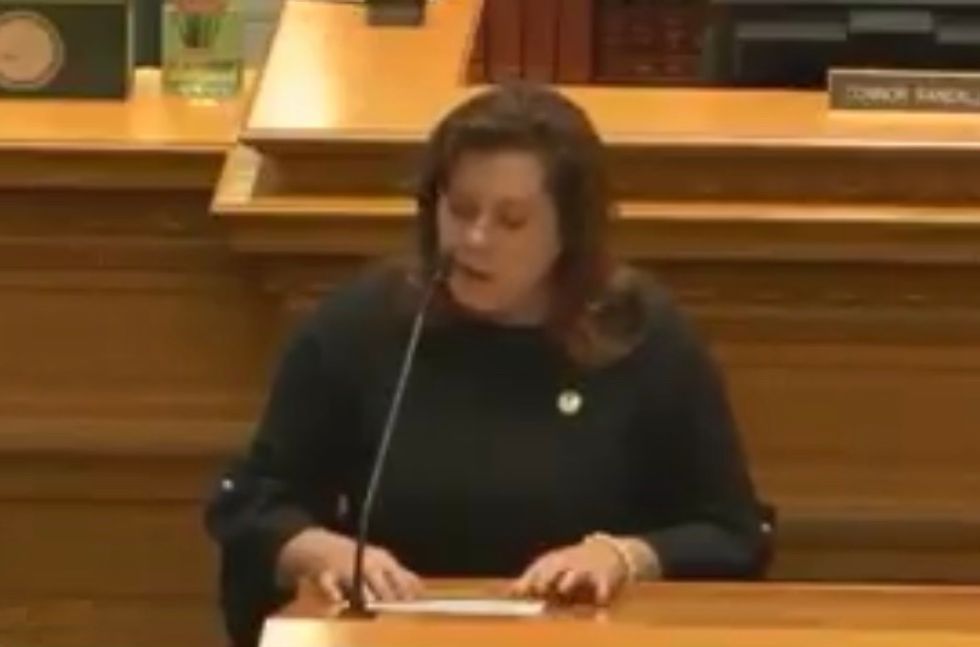 On Monday, a GOP state representative in Colorado decided to celebrate Martin Luther King Day by posting a video to Facebook from the state House floor, during which she shared an "alternative fact" about lynchings in the post-Reconstruction era.

"We have come a long way on that arc since the reconstruction, when whites and blacks alike were in nearly equal numbers lynched for the crime of being Republican," said Rep. Lori Saine, who originally gave the speech on Friday:

Saine claims that she gave the speech in part to protest to the chamber's refusal to allow a fellow Republican, Rep. Perry Buck, to consider her resolution honoring Dr. King, which she claims was because the civil rights icon "didn't represent her heritage." Both Saine and Buck, however, were permitted to cosponsor the resolution put forth by Democratic Reps. Jovan Melton and Leslie Herod.

Saine is badly wrong on the facts of lynching. According to the NAACP, of the 4,743 recorded lynchings between 1882 and 1968, 72.7 percent of victims were black.

Additionally, it is wrong to say that these people were lynched for "being Republican" — they were mostly lynched for pursuing or supporting black civil rights, or to send a message to those who did. Many of them may well have been Republicans, which in the Reconstruction era was the party pushing civil rights. But the party has a substantially different membership base and platform today than it did back then.

Saine is a colorful figure in Colorado politics, having been arrested in 2017 for allegedly carrying a gun into Denver International Airport. No charges were ultimately filed.