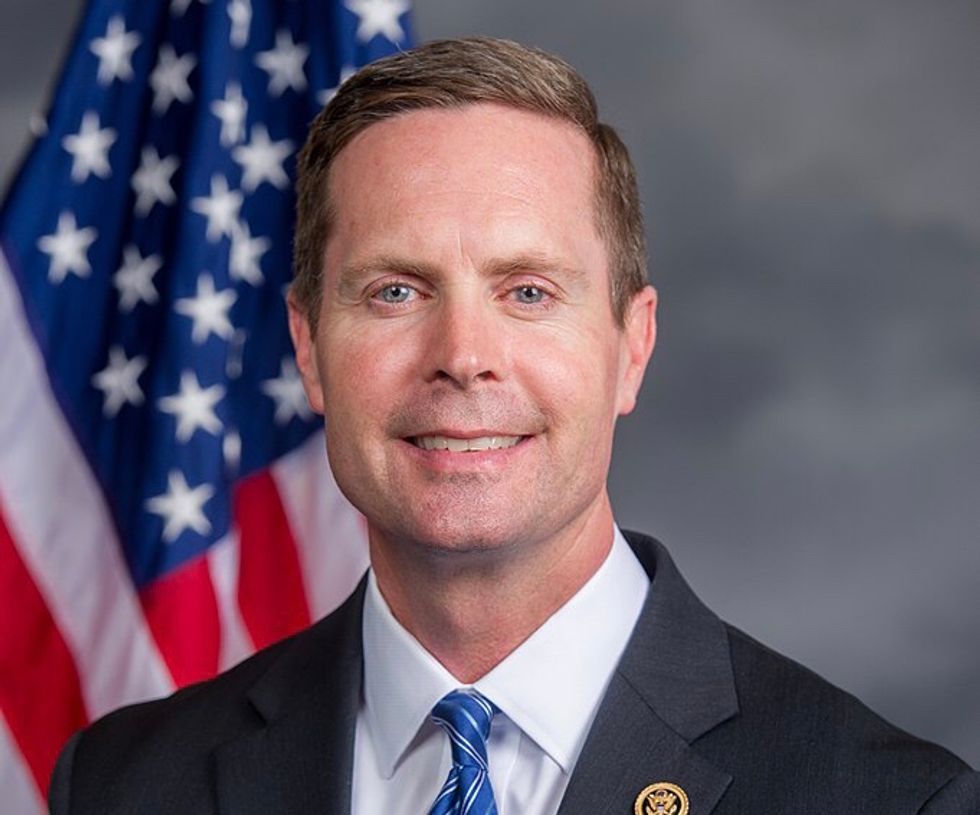 On Tuesday, the Huffington Post published footage of Rep. Rodney Davis (R-IL) being berated on an airplane by another passenger, who wanted to know why he was flying first class in the middle of a federal shutdown.

"Congressman, do you think it's appropriate to fly first class while 57 [thousand] TSA agents aren't being paid?" asked the unidentified man, while Davis prepared to sit down. "Taking that as a yes. Taxpayers paid for this flight? Fair enough."

A GOP congressman flew first class today on a taxpayer-funded flight* on day 32 of the shutdown. A fellow passenger wasn't thrilled.

*(The office bought him a coach ticket but he got upgraded for free because of how frequently he flies--on taxpayer dime)https://t.co/4UFdhVoUHP pic.twitter.com/Qmfi8dQpFE

Member of Congress have a special travel budget that can be used for official business, which is unaffected by the shutdown. According to Davis' office, the congressman booked an economy class ticket but was upgraded to first class due to his frequent flyer miles.

The government shutdown, which has furloughed some 800,000 government employees and jeopardized the public benefits of millions of low-income people, is an attempt by President Donald Trump to strong-arm Congress into funding his long-desired border wall. Trump and Senate Republicans released a bill this week which they claim is a "compromise" for Democrats, but which would, in fact, destroy asylum protections in this country.

Davis, for his part, was a loyal Trump supporter prior to Republicans losing the House, but has lately broken ranks with his party and voted with Democrats to reopen the government in multiple spending bills. He only won re-election last year by less than 1 percent.