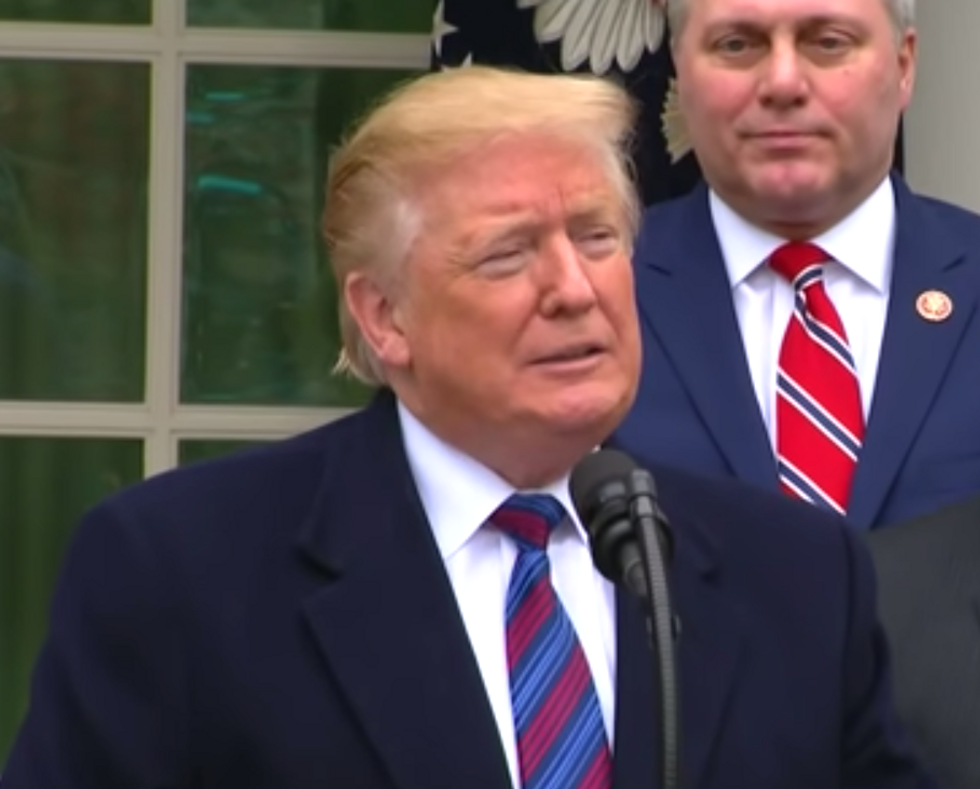 President Donald Trump has declared that he will keep the partial shutdown of the federal government going for weeks or even years if that’s what it takes for Congress to provide funding for a U.S./Mexico border wall. And the president has even said that he will go so far as to declare a state of emergency in order to get the wall built.

But in a January 7 interview with Bloomberg News, Jeh Johnson (who served as secretary for the U.S. Department of Homeland Security under President Barack Obama) asserted that Trump doesn’t have the authority to make such an emergency declaration.

According to the 61-year-old Johnson, the authority that Trump has threatened to use is meant for foreign battlefield situations — not domestic law enforcement. And if Trump were to try forcing the creation of a border wall by executive order, there could be “some sort of lawsuit challenging this action.”

Describing Trump’s threat of an executive order and a declaration of emergency along the U.S./Mexico border as a “bad idea,” Johnson told Bloomberg News, “It’s best to work with Congress the traditional way: Congress appropriates the money, the executive branch spends the money.”

During the interview, Johnson also noted that personnel for the U.S. Border Patrol “are working right now without being paid.” And he rejected Trump’s claim that a wall would be a panacea when it comes to border security.

Johnson told Bloomberg, “Border security requires a range of things. Simply a wall, like a ten-foot wall on top of a 10,000-foot mountain, doesn’t make sense. It’s not a smart investment.”

The former Homeland Security secretary went on to say that a partial shutdown of the federal government can be harmful from a security standpoint.

“We’re talking about people who secure our nation from land, sea, air: the Coast Guard, TSA, Customs Border Protection—and sooner or later, there’s going to be a breaking point,” Johnson asserted. “We’re seeing more and more TSA officers beginning to call in sick. And if they miss a paycheck on January 11 ... the public is going to begin to feel this pinch. I hope we don’t get there.”