Former George W. Bush advisor: Trump will make a deal to exit his presidency ‘before the end of 2019’ 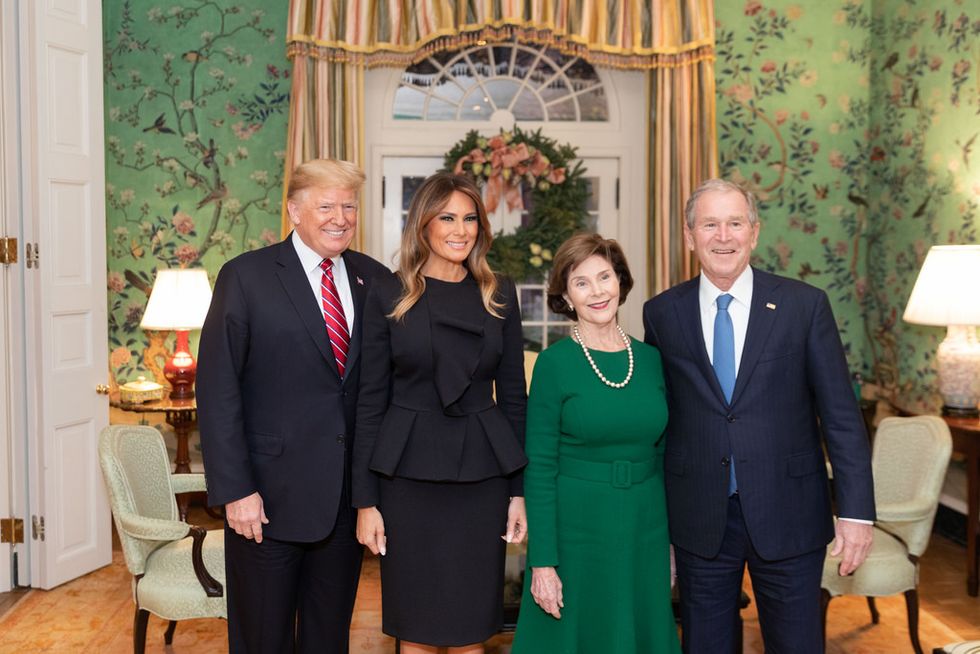 President Donald Trump will not be removed from office via an impeachment conviction, but he will make a deal to exit his presidency "before the end of 2019," says a former advisor to President George W. Bush. Alan J. Steinberg in an NJ.com op-ed says Trump will craft a deal to protect himself, his children, and the Trump Organization.

Trump will "use his presidency as a bargaining chip with federal and state authorities in 2019, agreeing to leave office in exchange for the relevant authorities not pursuing criminal charges against him, his children or the Trump Organization."

Steinberg does predict Trump will be impeached by the Democratic-led House of Representatives, but says it is "highly unlikely" there will be enough votes in the Republican-majority Senate to convict and remove him from office.

Trump's impeachment will be "for high crimes and misdemeanors, specifically his involvement in directing his former attorney and fixer Michael Cohen to commit a felony by making illegal in-kind contributions to the Trump campaign and concealing them," says Steinberg.

Trump's "abysmal" approval ratings and "the forthcoming recession" will make "it near impossible for Trump to stage a political recovery."

The deal will include a pardon from a President Mike Pence, and will allow Trump to retain all his assets without any forfeiture despite possible criminal acts, Steinberg predicts.

Steinberg was a regional administrator at the EPA under Bush and also served as executive director of the New Jersey Meadowlands Commission.