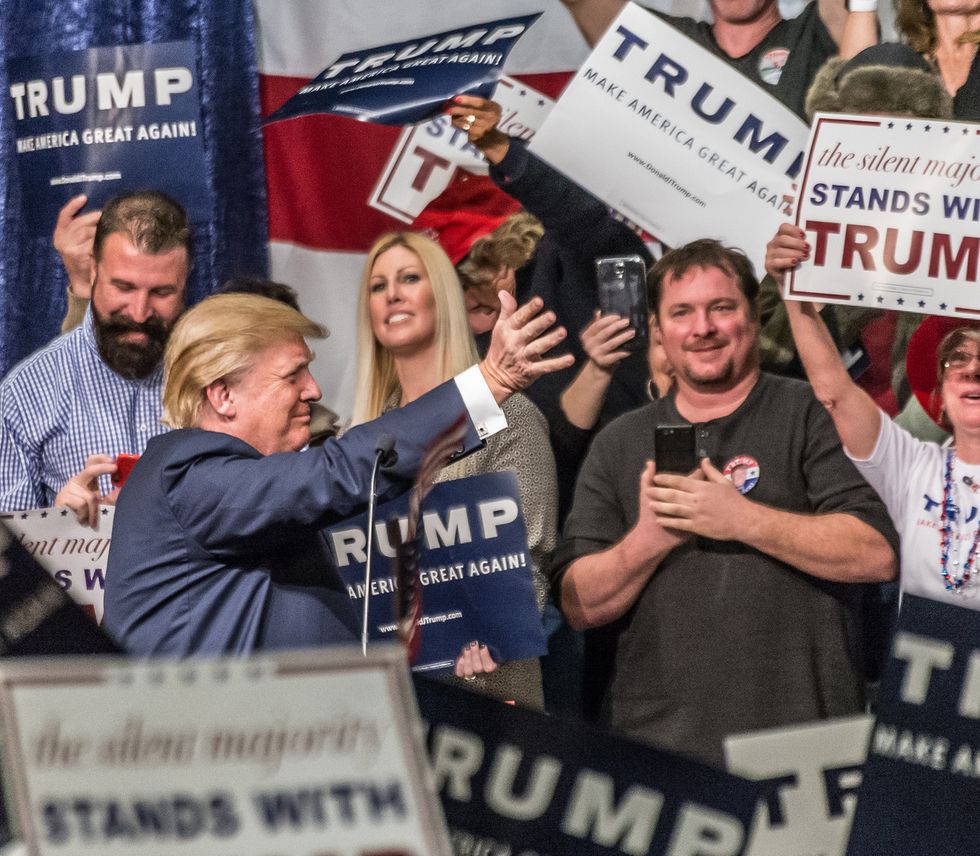 In the Trump era, Jennifer Rubin has spent a considerable amount of time attacking President Donald Trump and his followers—not only in her Washington Post columns but also in her frequent appearances on MSNBC. But the friendly tone Rubin has had with Rachel Maddow, Joy Reid and other MSNBC liberals doesn’t erase the fact that she is a conservative, and Rubin’s most recent Post column asserts that there is still “intellectual energy” and “depth” among those on the right who haven’t succumbed to Trumpism.

As she makes clear, the Trumpist version the party is completely devoid of these attributes, giving her piece the title, "The right need not be brain-dead."

The conservative movement of 2019, Rubin laments, is “dominated by bootlicking from state TV, climate change denial, ‘blood and soil’ nationalism and economic illiteracy.” But Rubin adds that there are exceptions, recommending that non-Trumpista conservatives can find a home in organizations like Niskanen Center and Defending Democracy Together.

Rubin argues that what actually makes conservatism a valuable movement has been completely betrayed in the Trump era.

“There are conservatives and defenders of the rule of law striving to remind us of four core conservative principles: free trade, robust legal immigration, defense of the rule of law and opposition to aggressive authoritarian regimes, including Russia," she wrote. "These four principles used to be assumed as central to modern conservatism. Now, they are under assault from self-labeled guardians of the right.”

The columnist goes on to cite some Republicans of the past and present she admires, from President George H.W. Bush (who died on November 30 at the age of 94) and the late Sen. John McCain to Massachusetts Gov. Charlie Baker (who was reelected by a landslide in that Democrat-leaning state in November). While Rubin’s piece is unlikely to inspire liberals or progressives to convert to right-wing thinking, she does remind readers that not everyone on the right embraces “statism, authoritarianism, xenophobia and Russian toadyism”—all of which she associates with Trump’s presidency.

Rubin concludes her article by noting that while she is distressed by the current state of the Republican Party, non-authoritarian conservatives shouldn’t give up hope.

“Let’s face it: the conservatism and the GOP we once knew are gone,” Rubin declares. “In the spirit of actual conservatism, it’s time to rescue what is worth rescuing—and then experiment, innovate and cultivate what is needed for 21st century America.”