Communities across the country are taking radical steps against plastic 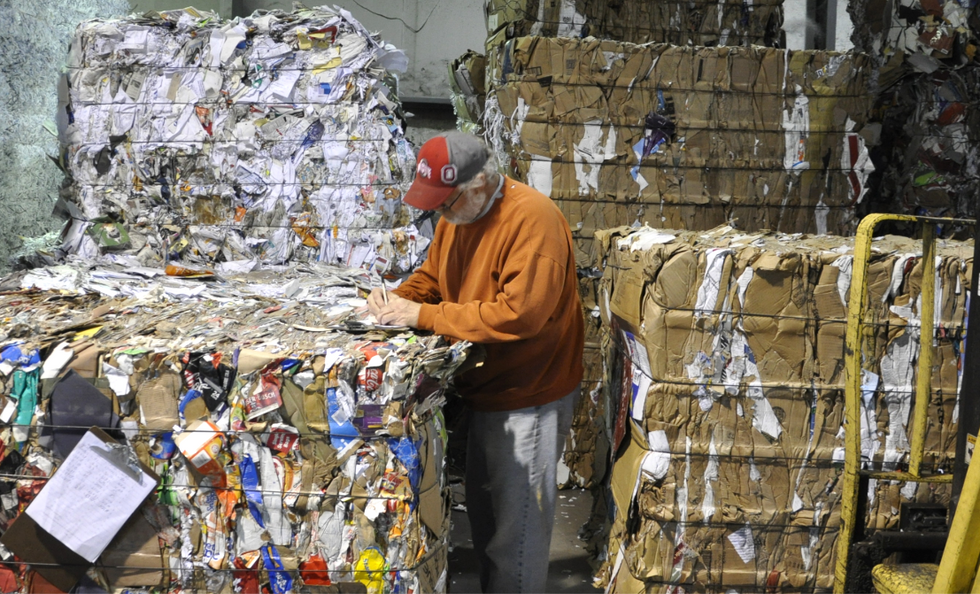 Florida is the kind of red state one might expect to cut its recycling programs. And some communities, like Deltona, have done just that.

Except it’s not the climate change deniers fueling the change. Rather, it’s China: The notoriously polluted nation is trying to clean up its act, and part of that is dramatically reducing the amount of U.S. recyclable waste it takes. The United States lacks the facilities that process recyclables and can make them into new items. The situation is going from bad to urgent this year, when U.S. cities are being hit with whopping recycling bills, when before they received rebates. Deltona received $39,000 in rebates for recycling in 2015. Now, recycling would cost the municipality more than $700,000 annually. What was once sound fiscal policy is now too costly.

But there is an upside: Municipalities are realizing they need to stop being so reliant upon plastics, and so they are finally doing what probably should’ve been done 30 or 40 years ago: They’re starting municipality-wide education campaigns, and they’re passing new laws banning certain types of plastics.

Whether or not state and local governments are on board, consumers and small businesses alike are making the shift, including choosing biodegradable takeout containers and no longer automatically distributing plastic straws. Even clothing is seeing its moment of awareness: A plastic clothing ban is not in our collective foreseeable future, but there is a movement to reduce its use.

It is an exciting time as those in the United States slowly shift consciousness: While Deltona admits closing its recycling program was a painful choice, Volusia County, Florida, is making a mad dash to educate its citizens on how to recycle effectively and affordably: A lot of those plastics and food containers, from pizza boxes to plastic bags, simply aren’t recyclable. The solution, then, is to keep those items out of recycling with education and reduce their use entirely.

The city of Gainesville just banned the plastic bag and foam takeout containers, with the goal to be waste-free by 2040. That puts Gainesville, Florida, far ahead of the liberal blue state and city of New York, which still hasn’t managed to ban the bag let alone skip a straw—although the City of New York did ban foam containers. Yet at small businesses up and down the Florida Gulf and Atlantic coasts, skipping the straw isn’t just a campaign: It’s simply what mindful Floridians do now. And carrying a reusable bag to market is a habit more and more people are adopting.

Some might joke they are stockpiling straws in rebellion against what they view as a liberal fad, but the fact is plastic is choking our planet, killing ocean life and corals, and grossly polluting the environment. It’s in our drinking water and even our blood—and that causes health problems, including reproductive issues.

Of course, the best way to keep plastic out of our bodies and our environment is not to use it, or at least reduce its use. But it seems that as a society, we are finally making a collective shift for the betterment of our world—a movement we should all join in and keep going on.

Perhaps while we’re at it, we can even reduce the dumping of the number one beach polluter in the world, according to the Ocean Conservancy: Cigarette butts. Florida seems to be ahead of the nation on this front too and has introduced a bill that would ban smoking on beaches. If it passes, Florida will join New Jersey and Pennsylvania and will be ahead of most of the country, where beach smoking is most often left up to local jurisdictions.

Here are some tips for reducing your use of plastic:

Valerie Vande Panne is a writing fellow and chief correspondent at Local Peace Economy, a project of the Independent Media Institute. She is an independent journalist whose work has appeared in the Boston Globe Sunday Magazine, Columbia Journalism Review, the Guardian, Politico, and many other publications.