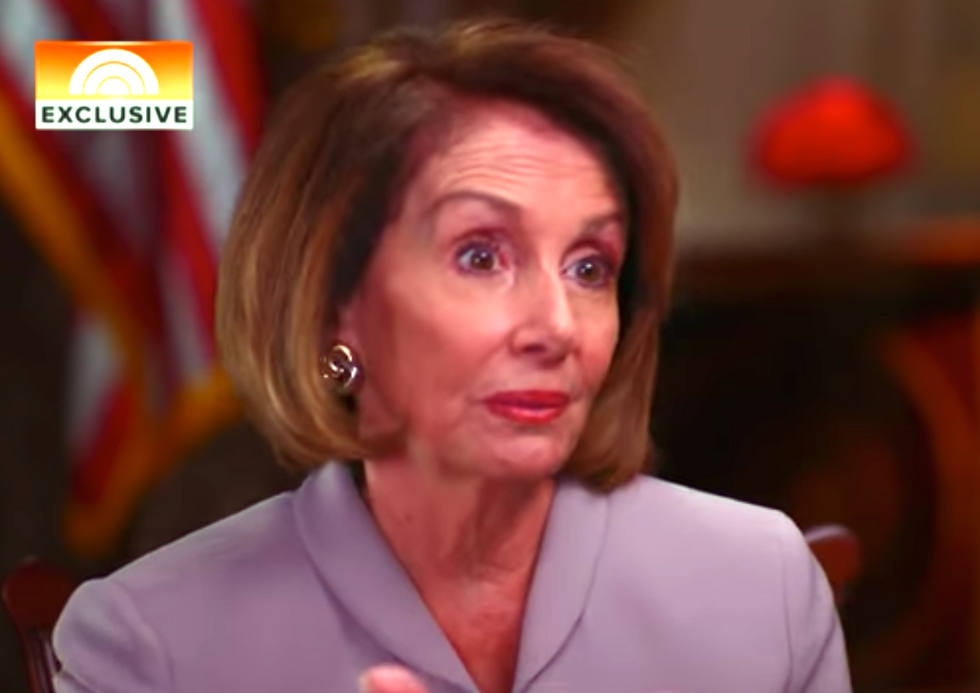 During the first two years of his presidency, Donald Trump enjoyed a subservient GOP-dominated Congress that usually offered him unconditional support. But that changed on January 3, 2019, when a new Democratic House majority was seated, Paul Ryan’s days as speaker ended — and Nancy Pelosi's reign began.

Trump has declared that he will keep the federal government partially shut down for months and “even years” if Congress doesn’t agree to fund his proposed U.S./Mexico border wall. But Pelosi, much to Itkowitz’ delight, has not caved into Trump’s demands—maintaining that a border wall wouldn’t be a good way to protect national security. And Itkowitz especially likes the fact that the 78-year-old House speaker has asked Trump to reschedule the State of the Union address planned for Tuesday, January 29, which Itkowitz describes as Pelosi’s “latest power play in the shutdown stalemate” and “evidence that she has no qualms about fighting dirty.”

In a letter to the president, Pelosi asserted Wednesday that because of the shutdown, Trump’s State of the Union address should be postponed for security reasons.

“I think we should pass a continuing resolution to get the government back open,” Pelosi wrote in her letter. “Sadly, given the security concerns—and unless government re-opens this week—I suggest that we work together to determine another suitable date after government has re-opened for this address, or for you to consider delivering your State of the Union address in writing to the Congress on January 29.”

Pelosi’s letter, Itkowitz writes, “reads like a polite request. But like a mother suggesting her child help clear the table, Pelosi isn’t really asking. The brilliance in her latest move is that nothing will enrage Trump more than having a nationally televised speech where he gets to talk for 45 minutes about himself and his administration’s accomplishments taken away.”

The Washington Post writer adds that while Senate Minority Leader Chuck Schumer “takes Trump’s bait,” Pelosi “matches Trump’s bluster with a cool calm.” And she agrees with journalist Peter Beinart’s view that Pelosi’s ultimate goal is “the emasculation of the president.”

Itkowitz concludes her op-ed by praising the confident, take-charge attitude Pelosi has been displaying in recent weeks.

“Pelosi has shown throughout this entire shutdown debacle that she holds the cards,” Itkowitz stresses. “And she knows exactly when to play them.”