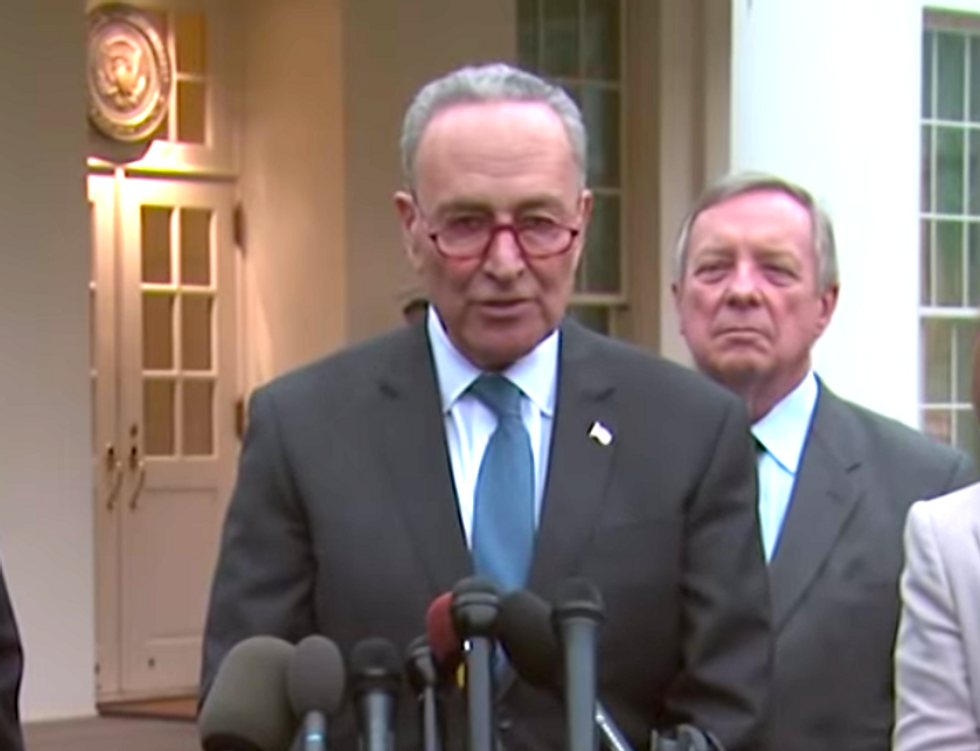 President Donald Trump said he's willing to keep the government shut down for "months or even years" if he doesn't get the funding he's demanded for the border wall, according to Senate Minority Leader Chuck Schumer on Friday.

Schumer spoke alongside House Speaker Nancy Pelosi after leaving negotiations with the president.

It's difficult to imagine that a shutdown could actually extend that long — after a certain point, the pressure against lawmakers will build enough to overcome their resistance.

But as it stands, it's far from clear how the shutdown fight will play out. Democrats, newly empowered in the House of Representatives, have little incentive to give in and fund Trump's wall given his repeated failure to negotiate in good faith. At the same time, Trump's disposition is to dig in his heels on the wall issue, since he would otherwise face a massive backlash from his base and look foolish for shutting down the government in the first place.

Senate Majority Leader Mitch McConnell, however, may be a key pressure point in the fight. If he allows the Senate to move forward with funding bills, Republican and Democratic lawmakers may be able to reopen the government by overriding Trump's veto. That may eventually be a way Trump could actually save some face — allowing the shutdown to end without being personally responsible for not getting wall funding.