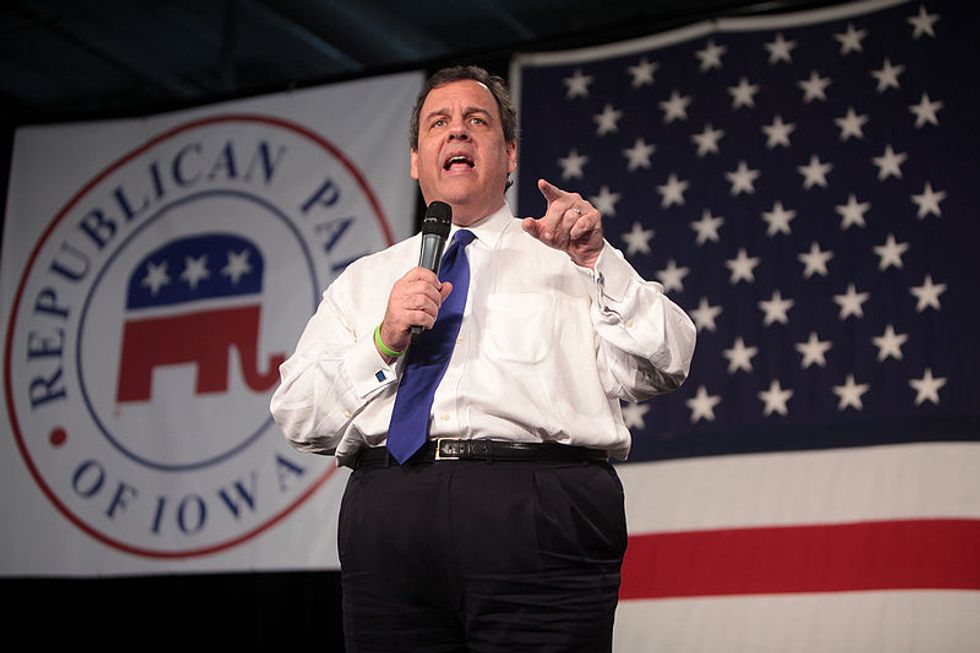 Former New Jersey Gov. Chris Christie has always seemingly been held at arms length from President Donald Trump's inner circle — every time he has gotten close to Trump, he has been pushed out.

In 2016, he briefly led Trump's presidential transition team, but was fired just a few days after the election results were finalized. And two years later, when Trump was looking for a replacement to White House chief of staff John Kelly, Christie was briefly on the shortlist but was again quickly dropped (Trump still hasn't picked a permanent replacement for Kelly).

On paper, they ought to be good buddies. They're both brash, confrontational Northeast Republicans, and both have famously run their political careers like mob bosses — Trump with his hush payments, Christie with his traffic problems in Fort Lee.

But there has always been a theory about why Christie never seems to stay in Trump's good graces, and it has to do with the president's son-in-law, Jared Kushner.

POLITICO reports that in Christie's new tell-all book, Let Me Finish, he validates this theory, documenting how Jared got Trump to push out Christie as payback for an old feud:

Jared began to detail his ancient grievances against me. "He tried to destroy my father," Jared said. ... As Jared spoke, he never raised his voice. But some strong emotions are not dependent on volume. Jared delivered his in a soft quiver. As he continued, his voice began to crack.

"It wasn't fair," he said. ... "This was a family matter," Jared said, "a matter to be handled by the family or by the rabbis" — not by a hard-charging federal prosecutor. Jared glanced at me, then fixed his gaze on his father-in-law, Donald. "How can he be trusted to handle the transition?"

In 2004, Christie, then a U.S. attorney in President George W. Bush's Justice Department, prosecuted Charles Kushner, Jared's father, a wealthy New York real estate magnate and Democratic donor. He pleaded guilty to fraudulent corporate tax deductions, making illegal campaign contributions in his employees' names, and a witness-tampering scheme in which he lured his sister's husband to a hotel with a prostitute. Prosecutors had originally been alerted to possible wrongdoing because of a series of lawsuits stemming from a family feud between Charles Kushner and Jared's brother Murray — and to this day Jared is allegedly furious that Christie butted into what was clearly a criminal enterprise, but what the Kushners saw as a personal matter.

And Jared's opinion has evidently carried a lot of weight with the president. Trump has frequently listened to him, even when he has given catastrophically bad advice — for example, when Jared assured Trump that Democrats would praise him for firing FBI director James Comey.

There is a stinging irony in the fact that, for all of Christie's unethical behavior as a politician, what got him booted out of Trump's inner circle was the time he actually stood up and did his job.