Alexandria Ocasio-Cortez slams right-wing site for tweeting link to fake nude pic of her: 'No wonder they defended Kavanaugh' 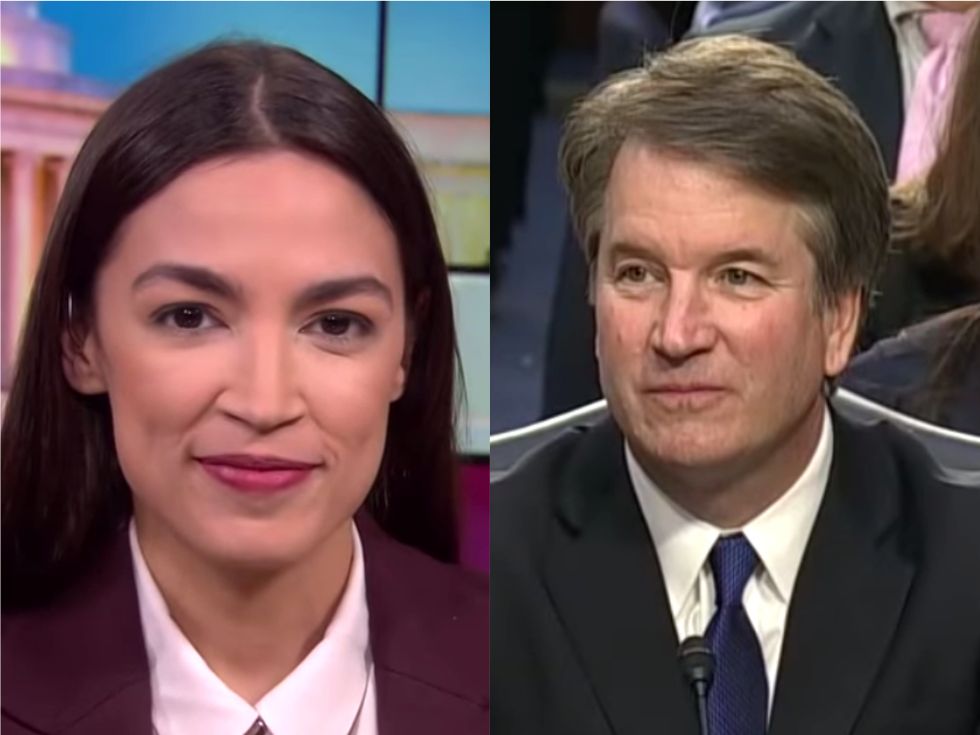 Republicans are desperate to discredit Rep. Alexandria Ocasio-Cortez (D-NY), the young, firebrand Democratic Socialist whose election straight from working-class New York roots took the political world by surprise. Over the past several months, GOP pundits and activists have attacked her for living in a suburb once, for going by the name "Sandy" in high school, and for dancing in college. Some even trailed her and took pictures of her clothes.

But perhaps the right-wing media's lowest attack on Ocasio-Cortez came this week after an image allegedly of her naked and in the tub with a weed vape started circulating the right-wing corners of Twitter, Reddit, and 4chan.

The picture, naturally, was not actually of Ocasio-Cortez, and in fact the real woman depicted in the image, Sydney Leathers, promptly issued an apology: "I have to say, of all the politicians in America, she's probably the last one I'd want to get into trouble ... So I'm deeply sorry to her that Internet misogynists used an old photo of mine to try and target her."

But many online fell for or promoted this hoax. And the most notable site to do so was the right-wing Daily Caller, the news source founded by infamous Fox News host Tucker Carlson. In fact, they tweeted out an article on the image not once but twice:

@AOC The daily caller has crossed a line. Media: If you were eager to condemn profane language, you better be the… https://t.co/MCZtGHa0MM
— Adam Parkhomenko (@Adam Parkhomenko)1547084893.0

With her characteristic refusal to shy away from a fight, Ocasio-Cortez soon responded to the hoax:

These kinds of bizarre attacks on Ocasio-Cortez may be all Republicans have left, as their attacks on her progressive economic policy keep getting debunked.

Nonetheless, tweeting out links to fake obscene photographs of a freshman congresswoman is a novelly vile tactic, even for the right.