A tangle of lies: Trump officials' warped claims about 'terrorists' at the border are completely divorced from reality 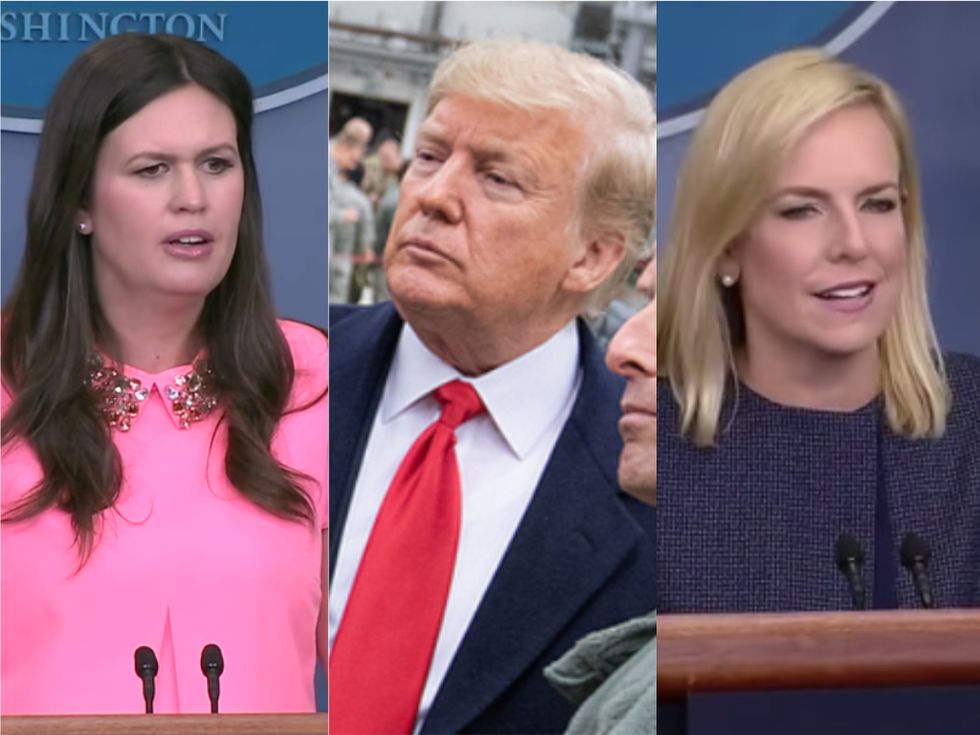 President Donald Trump's administration is still determined to use their government shutdown to browbeat Congress into giving them the money to construct the president's long-promised border wall (even while Trump still insists Mexico is somehow going to pay for it). And they have a big new (false) talking point: there are thousands of terrorists swarming into the country!

On Friday White House Press Secretary Sarah Huckabee Sanders claimed that 4,000 suspected terrorists "came across our southern border" had been apprehended by the Department of Homeland Security. This came on the heels of Homeland Security Secretary Kirstjen Nielsen telling Congress in a presentation on border security that "3,755 known or suspected terrorists [were] prevented from traveling to or entering the U.S." and Vice President Mike Pence has claimed that on average, ten people a day stopped at the border have alleged ties to terrorism.

The problem is, all of this is bogus.

It turns out that according to the actual DHS figures, the real number of people apprehended at the border in the first half of 2018 whose names were matched on a terrorist watch list was ... six.

It turns out that this much higher figure cited by Sanders, Nielsen, and Pence, is actually the total number of people in 2017 who were stopped on suspicion of terrorism ties by any means, including airports. But that didn't stop Nielsen from including it in a "border security" presentation, and the administration has repeatedly said the figure refers to border crossings.

In other words, many or even most of these 3,000 people are not accused of terrorism or serious crimes.

When you think about it, the idea of terrorists coming in over the southern border doesn't really make sense in the first place — airplanes exist, and it would be much less hassle to get a terrorist through a U.S. airport disguised as someone else, than get them out to the Mexican desert and have them cross the border. This is why former National Counterterrorism Center director Nick Rasmussen called the idea of al-Qaeda or ISIS crossing the border "more of a theoretical vulnerability than an actual one" and why even Trump's own State Department, in 2017, said that there is "no credible information that any member of a terrorist group has traveled through Mexico to gain access to the United States."

And even if there were terrorists trying to come in from Mexico, there's little reason to believe a wall would stop them.

The Trump administration's justifications for the border wall continue to crumble under the slightest scrutiny. And the American people should get the straight facts.