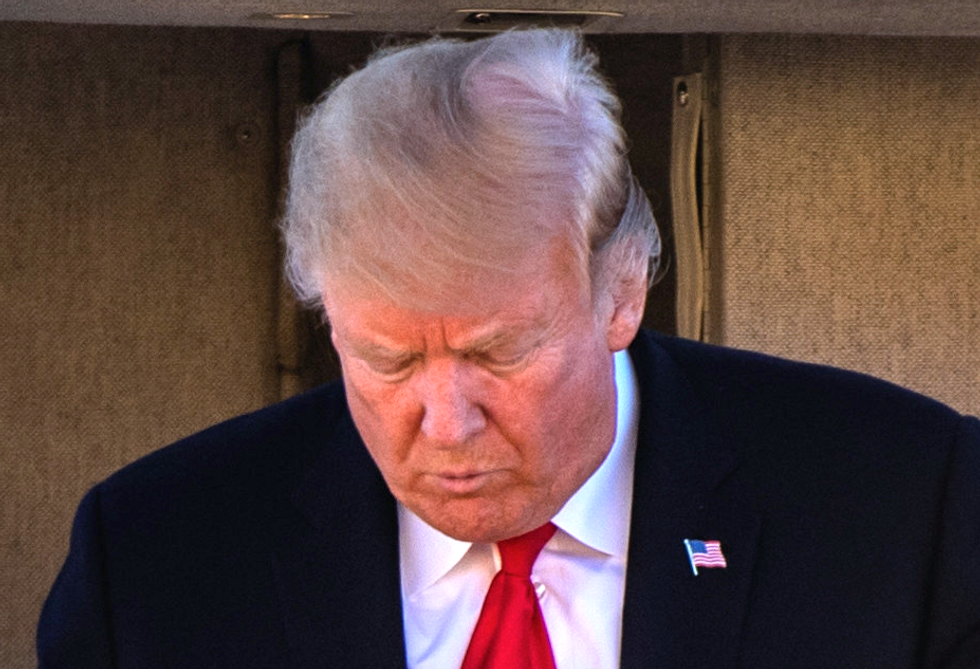 Back in the 1970s, Elizabeth Drew was among the reporters who covered the Watergate scandal extensively. And in a new op-ed for the New York Times, the veteran journalist/author notes the parallels between President Richard Nixon in 1974 and President Donald J. Trump in 2018 and concludes that Trump’s impeachment “now seems inescapable.”

The 83-year-old Drew cites an abundance of post-midterms events as proof that Trump’s “political status, weak for some time, is now hurtling downhill.” Those events range from “new revelations in criminal investigations of once-close advisers” and “new scandals involving Mr. Trump himself” to “the president’s precipitous decision to pull American troops out of Syria, Secretary of Defense Jim Mattis’ abrupt resignation, the swoon in the stock market, the pointless shutdown of parts of the government.”

Drew goes on to say what while impeachment can be “frivolous” — she describes the impeachment of Bill Clinton by House Republicans in the late 1990s as an act of “political revenge” — it can also play “a critical role in the functioning of our democracy.” Impeachment, Drew writes, “was the founders’ method of holding a president accountable between elections,” and Trump—not unlike Nixon in the 1970s—needs to be held accountable for his actions.

A frequent assertion — even among liberals and progressives — is that it would be pointless for Democrats in the House of Representatives to vote to impeach Trump in 2019 because he inevitably would be acquitted in a trial in the Senate, where Republicans will still have a majority next year. But Drew disagrees with that analysis, observing that “Republicans who were once Mr. Trump’s firm allies have already openly criticized some of his recent actions, including his support of Saudi Arabia despite the murder of Jamal Khashoggi and his decision on Syria.”

Drew’s Times op-ed has attracted the attention of President Trump himself, who tweeted, “Keep dreaming.”

Nathan Jones, a West Virginia-based Trump critic, had a hard time agreeing with Drew that Republicans in the Senate will vote to remove Trump. Jones tweeted, “Don’t expect this batch to suddenly impress you with decency.”

Drew concludes her piece by recalling that in 1974, most Republicans could support Nixon no more — and similarly, she contends, that time has arrived for Trump.

“Mr. Nixon was pardoned by President Gerald Ford, and despite suspicions, no evidence has ever surfaced that the fix was in,” she recalls. “While Mr. Trump’s case is more complex than Mr. Nixon’s, the evident dangers of keeping an out-of-control president in office might well impel politicians in both parties, not without controversy, to want to make a deal to get him out of there.”