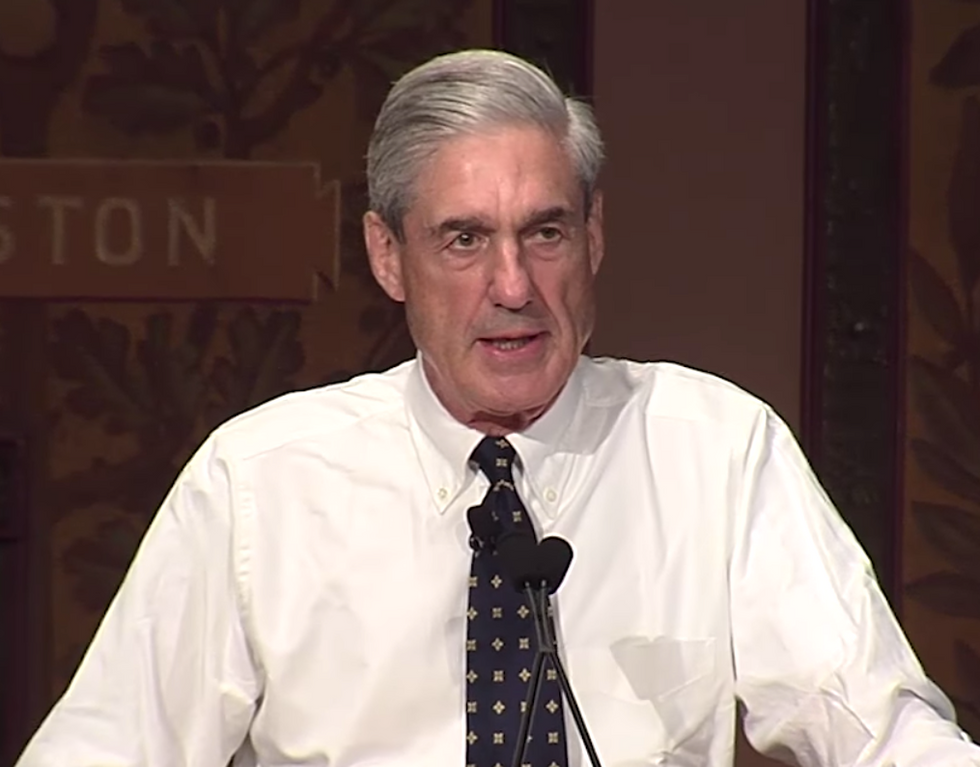 On Sunday, President Donald Trump's former campaign strategist Roger Stone lashed out at his longtime associate, former InfoWars writer and Birther conspiracy theorist Jerome Corsi, accusing him of working with special counsel Robert Mueller to take him down in an Instagram post.

"So Jerry Corsi was working with Mueller to sandbag me on a fabricated perjury charge," Stone wrote. "Mueller's minion even promised Corsi no jail time if he would lie and say he gave me John Podesta's stolen e-mails (which he did NOT) Then they were going to say I passed them on to Trump (which I did NOT) . Jerry was willing to LIE about me but not himself ! Now Jerry is lying about legitimate research he did for me regarding the Podesta brothers lucrative business in Russia. Jerry Corsi is starting to make Michael Cohen look like a stand up guy !"

According to the Washington Examiner, Stone's anger comes from the fact that Corsi stated in recent interviews he had told Stone and "many" others about the Russia-linked theft of emails from Hillary Clinton campaign chair John Podesta before they had been published to WikiLeaks.

Stone hinted he had advance knowledge of the document dump in 2016, tweeting that it would soon be Podesta's "time in the barrel" weeks before the first of his emails were released on the vigilante intelligence group's website. He has since tried to claim he was not involved in the operation and only heard about it from comedian Randy Credico — who vehemently denies it. Mueller has opened an investigation into the full extent of Stone's involvement, and if it turned out that Stone lied to investigators or to Congress, he could be in serious trouble.

But the fact that Stone is now turning on Corsi is especially notable, as Corsi has — at least publicly — been one of Stone's most steadfast and loyal allies.

Corsi was offered a plea bargain by Mueller in exchange for cooperation, but he refused, telling MSNBC that he "might die in jail" for helping Trump get elected but that he has no regrets. To help him defend against Mueller's investigation, he retained Larry Klayman, a far-right legal activist who once tried to make a citizen's arrest of former President Barack Obama and claimed the Florida pipe bomber was a false flag paid for by Democrats. Klayman proceeded to send a fake "criminal complaint" to the Justice Department and the D.C. Bar accusing Mueller of false statements, extortion, and racketeering, and then filed a lawsuit accusing Mueller of blackmail.

It would not be altogether surprising if Corsi ultimately abandoned this bizarre strategy — when people have refused to cooperate with Mueller's investigation, it has tended to not end well. But while there is no outward sign Corsi is ready to give up, Stone clearly seems to think he could blow up everything.