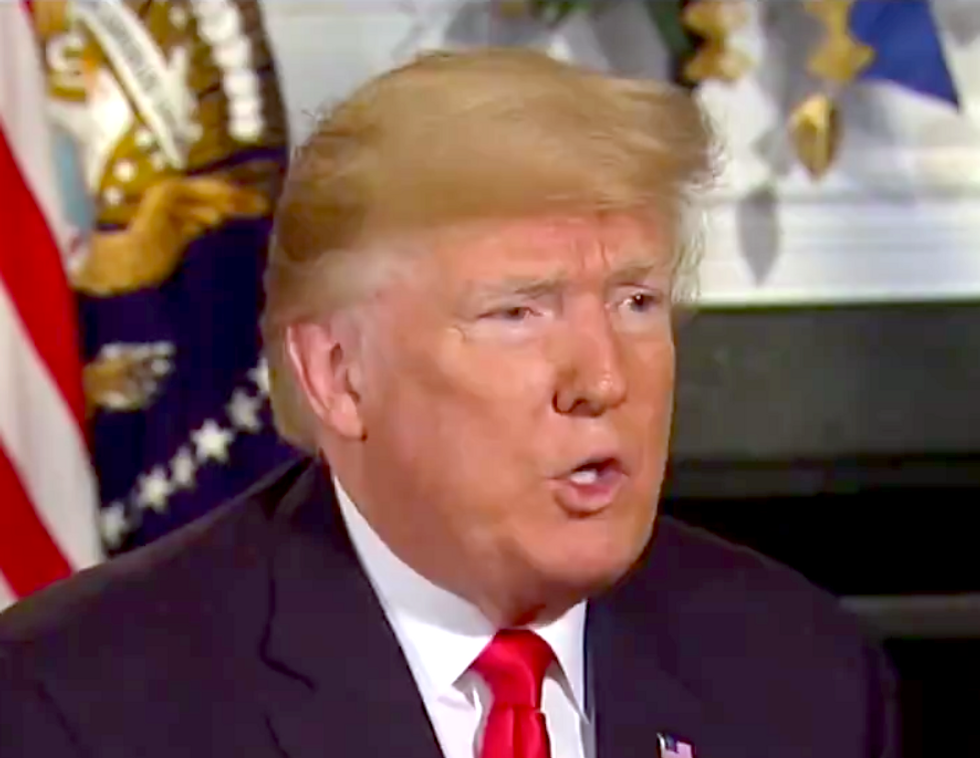 He's at risk of such charges after his former employee, Michael Cohen, was sentenced to three years in prison, in part for making hush payments during the campaign on Trump's behalf in violation of the law. Cohen said that he made the payments at Trump's direction and in coordination with him, implicating the president in the crime.

Thursday morning, Trump tried to distance himself from the crimes on Twitter, writing of Cohen: "He was a lawyer and he is supposed to know the law. It is called 'advice of counsel,' and a lawyer has great liability if a mistake is made. That is why they get paid."

Legal experts point out that pointing to the advice of counsel can be a defense against some crimes. But it's hard for Trump to stick to a script — and in the Fox News interview aired broadcast later in the day, Trump significantly undercut this potential defense. He said that Cohen actually didn't do much legal work and was actually provided more public relations services.

But if this is the case, Trump's claim that he relied on Cohen's advice to avoid violating the law much less credible. This is particularly true given that Don McGahn, the former White House counsel, is an expert in campaign finance law and served on the Trump campaign. If everything was above board, why didn't Trump go through McGahn instead of Cohen — who Trump admits was not mainly acting as a lawyer?

"Congratulations, you just completely undermined your defense that you didn’t commit a crime because Cohen was your lawyer and told you it was ok," said MSNBC legal analyst Matthew Miller in a tweet.

And unfortunately for Trump, his Twitter history shows that he was well aware of the case against John Edwards that accused the Democrat of the very kind of campaign finance violation that Cohen was charged of. Though the prosecution of Edwards failed, the fact that Trump was aware of the trial shows that he knew the actions he allegedly directed Cohen to undertake were illegal — a key fact that prosecutors would have to prove.