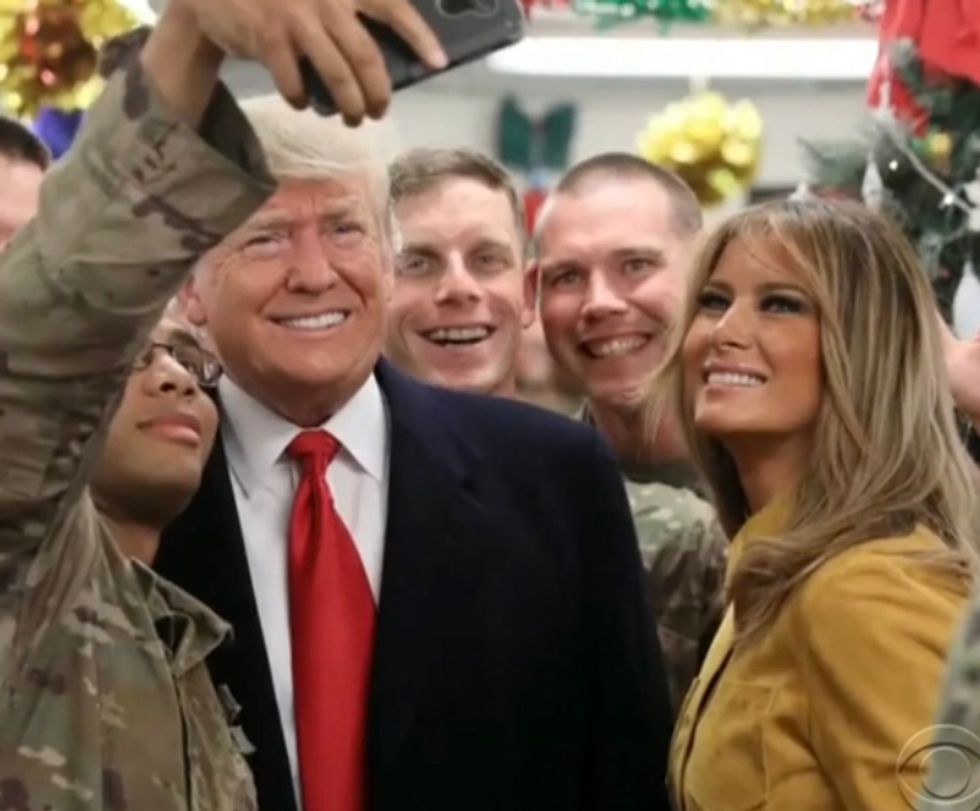 This visit, held at the Al Asad Air Base in western Iraq, should have been a moment of relative triumph and personal growth for the president, who had promised to make such a trip and who has attracted criticism for not having done so at a time in his presidency at which nearly all of his post-World War II predecessors, including Presidents George W. Bush and Barack Obama, had.

But unfortunately, Trump managed to make what should have been a low-key and uncontroversial affair into an embarrassing disaster.

To begin with, Trump did not meet with a single Iraqi official, including Prime Minister Adel Abdul Mahdi. According to NPR, Trump and Mahdi had planned to meet, but this fell apart after he asked the prime minister to leave the capital city of Baghdad and meet him in Al Asad — a request Iraqis found disrespectful to their sovereignty.

It only got worse from there. Once at the base, the president treated everyone to a heaping serving of the usual bravado and lies, claiming he was right to withdraw from Syria because ISIS has "been knocked silly" (defeating them will still take years) and that Turkish President Recep Tayyip Erdoğan will finish mopping them up for us, without offering clear evidence he agreed to any such thing.

It is a good thing that Trump was ultimately guilted into visiting the troops putting their lives on the line for our country and our freedoms. But his disgraceful handling of the whole affair did America such a disservice that there was little point in him even trying.