'They're more white than Christian': Evangelicals of color push for greater voice in their faith 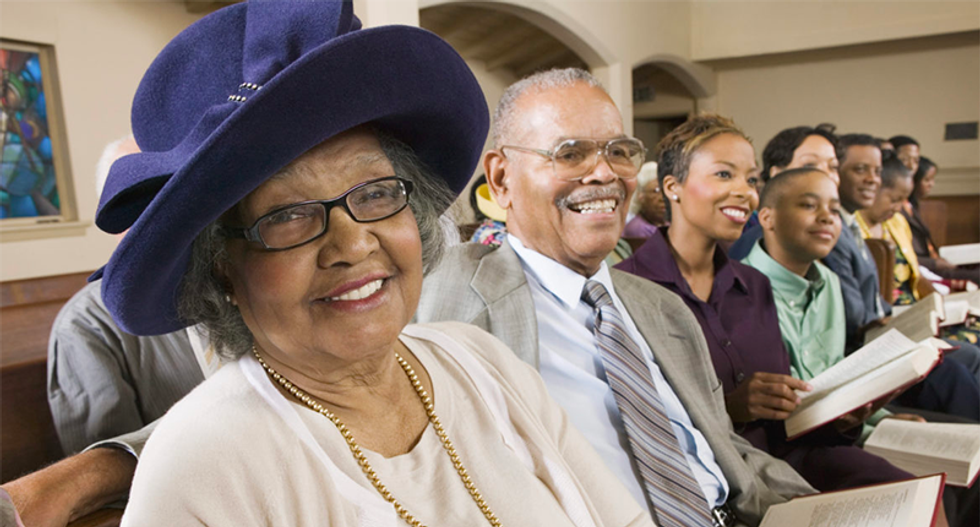 Evangelical faith tends to cut across all-too-familiar lines in American politics. But some evangelicals want to change that.

On Wednesday, The New Yorker profiled evangelical activists of color like D.C.-based Lisa Sharon Harper, who are battling for influence against a racially problematic culture that has taken root in their faith communities:

In the United States, evangelicalism has long been allied with political conservatism. But under Trump’s Presidency right-wing political rhetoric has become more openly racist and xenophobic. In evangelical circles, hostility toward people of color is often couched in nostalgia for the simpler days of nineteen-fifties America. “Sociologically, the principal difference between white and black evangelicals is that we believe that oppression exists,” Harper said, citing a nationwide study of Christians from 2000 called Divided by Faith. “A lot of white evangelicals don’t believe in systemic oppression, except lately, under Trump, when they’ve cast themselves as its victim.” To Harper, the 2016 election revealed the degree to which white evangelicals were “captive” to white supremacy. “They’re more white than Christian,” Harper said, echoing the words of her former boss at Sojourners, Jim Wallis, a white evangelical leader and part of a progressive push against racism within the church. At the same time, people of color are the fastest-growing demographic within evangelicalism. “Two things are contributing to this,” Robert Jones, the head of the Public Religion Research Institute and the author of “The End of White Christian America,” told me. “The first is demographic: the absolute number of whites in America is declining. But the decline is really turbocharged by young white evangelicals leaving the church.”

The growing number of evangelicals of color have begun pushing in earnest for more of a political voice in the church. In 2015, Michelle Higgins, a black evangelical leader from Ferguson, stood up at a conference in front of thousands of young Christians and called out white evangelicals for caring so much about abortion and so little about the young black men being killed by police officers. “She punched a hole in the universe when she talked,” Harper told me. In the lead-up to the 2016 election, the call for social justice within evangelicalism continued to grow. At Sojourners, Harper was involved in a public campaign called Evangelicals Against Trump, and has since taken an active role in leading the #MeToo movement in the evangelical community by helping to spearhead a campaign called Silence Is Not Spiritual. Although there’s scant evidence to suggest that the pushback Harper helps to lead is enough to threaten white-evangelical support for Trump, her ability, alongside many others, to mobilize evangelical African-American and Latinx voters may become a factor in the 2020 election.

In one sense this is not hugely surprising. The Southern Baptist Convention originally split off from other Baptist denominations in defense of slavery, and the integral role that desegregation backlash played in the rise of the modern religious right in the second half of the twentieth century has long been overlooked.

But as in everything, the issue is not perfectly black and white. As Trump's presidency is emboldening the nativist far right, some evangelical leaders have been at the forefront of condemning hate marches and standing up for the rights of immigrants.

One of the surest ways to encourage this progress and ensure Christian principles can be a force for good in Trump's America — much as it was during the Civil Rights Movement — is to give people of color a seat at the table. Activists like Harper are working to make that a reality.