The ‘tyranny’ of talk radio: GOP senator says far-right media has too much power over Trump’s Republican party 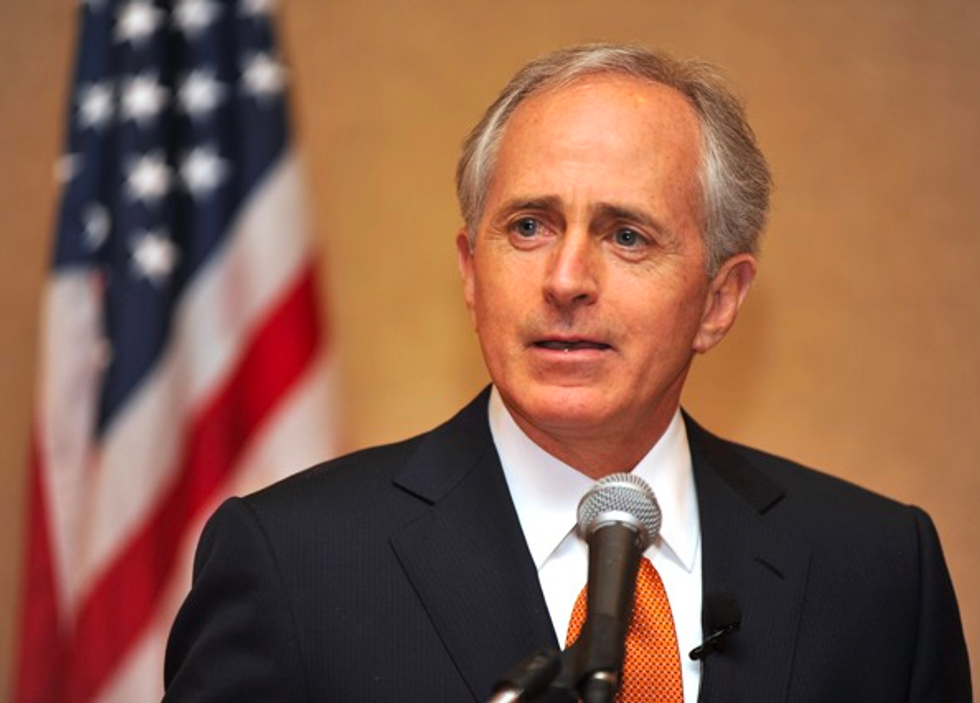 Although far-right talk radio and Fox News appeal primarily to a narrow demographic, they continue to enjoy considerable influence in the Republican Party. Most Republicans are afraid to offer even mild criticism of extremists like Rush Limbaugh, Sean Hannity and Laura Ingraham, all of whom are prominent figures in what conservative David Frum calls “The Conservative Entertainment Complex.” But recently, Sen. Bob Corker of Tennessee expressed his frustration with the far-right media, even going so far as to describe their effect as one of “tyranny.”

On December 19, the Republican majority in the U.S. Senate passed a stopgap spending bill that would have avoided a partial government shutdown and funded the federal government through February 8, 2019. And even though President Donald Trump had been threatening to shut down the government if Congress didn’t fund a U.S./Mexico border wall, he appeared to be softening his position—that is, until Limbaugh, Fox News’ Laura Ingraham, author Ann Coulter and others angrily railed against him and declared there would be hell to pay if Trump relented on his promise of a border wall and signed the Senate bill.

As much of a bully as Trump can be, he obviously didn’t want to incur the wrath of Limbaugh, Ingraham or Coulter—and the somewhat softer tone of Thursday morning, December 20 disappeared: Trump declared that he wouldn’t sign any bill that lacked funding for a border wall. The House of Representatives, with outgoing House Speaker Paul Ryan (R-WI) at the helm, quickly put together a bill that includes funding for a wall, but the House bill isn’t popular in the Senate. And a partial government shutdown started on December 21.

One Republican who hasn’t been shy about expressing his frustration over the shutdown is Corker, who announced his retirement from the Senate in 2017 and decided not to seek a third term (having defeated Democrat Phil Bredesen in the 2018 midterms, Republican Marsha Blackburn will be taking over Corker’s seat in January). To Corker, it’s ridiculous that Trump was willing to partially shut down the government to appease the far-right media; the outgoing senator told CNN, “Do we succumb to the tyranny of radio talk show hosts?….We have two talk radio hosts who influenced the president. That’s tyranny, isn’t it?”

MSNBC’s centrist Chris Matthews agreed with Corker, declaring that it’s ridiculous for Trump to pander to extremists like Limbaugh and Coulter when they represent only about 10% of the U.S. population.

Of course, Limbaugh’s influence on the GOP didn’t begin in the Trump era. When Michael Steele was serving as chairman of the Republican National Committee (RNC) back in 2009, he described Limbaugh as an “entertainer” whose rhetoric could be “incendiary” and “ugly.” But when Limbaugh’s audience was offended, Steele felt he had no choice but to beg for forgiveness. In a formal apology, Steele told Politico, “my intent was not to go after Rush. I have enormous respect for Rush Limbaugh. I was maybe a little bit inarticulate. There was no attempt on my part to diminish his voice or his leadership.”

In response to Steele’s groveling, Democratic strategist/pundit Paul Begala asserted, “Michael Steele has denounced himself for renouncing Rush. Can anyone seriously argue now that Rush is not the unchallenged leader of the Republican Party?”

That was nine years ago. And as the 2018 lame duck session winds down, it is evident that Limbaugh and his fellow extremists haven’t lost their ability to bully GOP politicians into submission.