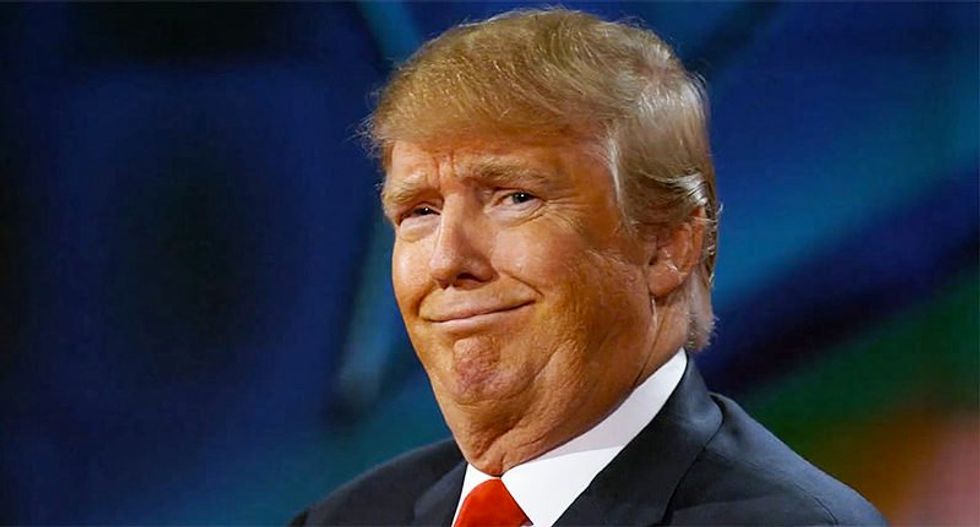 NBC fact checker Jane Timm has a go at a year-end list of Donald Trump's "biggest" 2018 lies, and puts "We're building the wall as we speak" and related accouterments as his top effort.

It's difficult to argue with that, but it's also difficult to put a real measure to any of his most-repeated lies. In terms of political dishonesty, they're off the previous charts; Trump doesn't fudge the truth here and there, he holds the truth down and punches it while his Republican enablers circle around to watch.

Nearly all of it stems from his incessant need to self-promote coupled with, still, two damn years into what might otherwise pass for an "administration," a complete inability to understand the particulars of whatever issue is placed in front of him. His tariff claims are simply delusional. He regularly misrepresents the bills he is tasked with championing, going off on his own tangent with weird assertions backed by nothing and routinely stumping his own staff.

But I suspect there's another lie that will prove, in hindsight, to be the year's most consequential. Trump's obsession with curtailing the investigation into Russian election hacking and just what his own campaign knew of the efforts has been, well, obsessive.

Trump called special counsel Robert Mueller's Russia probe a "witch hunt" more than 100 times. But it's a federal investigation that has so far resulted in 33 people being charged with crimes, and seen three senior Trump associates convicted.

The other lies are bluster intended to placate Trump-supporting rubes and, above all else, allow Donald to claim genius even as government functions collapse around his hairpiece. This one, though? This goes to the heart of just what Donald Trump and his allies did or promised, in order to gain the White House. And there looks to be a very good chance that before the end of next year, federal prosecutors will have let us all in on just what Trump's team has been so aggressively trying to hide.