Robert Reich: The end is near for Trump 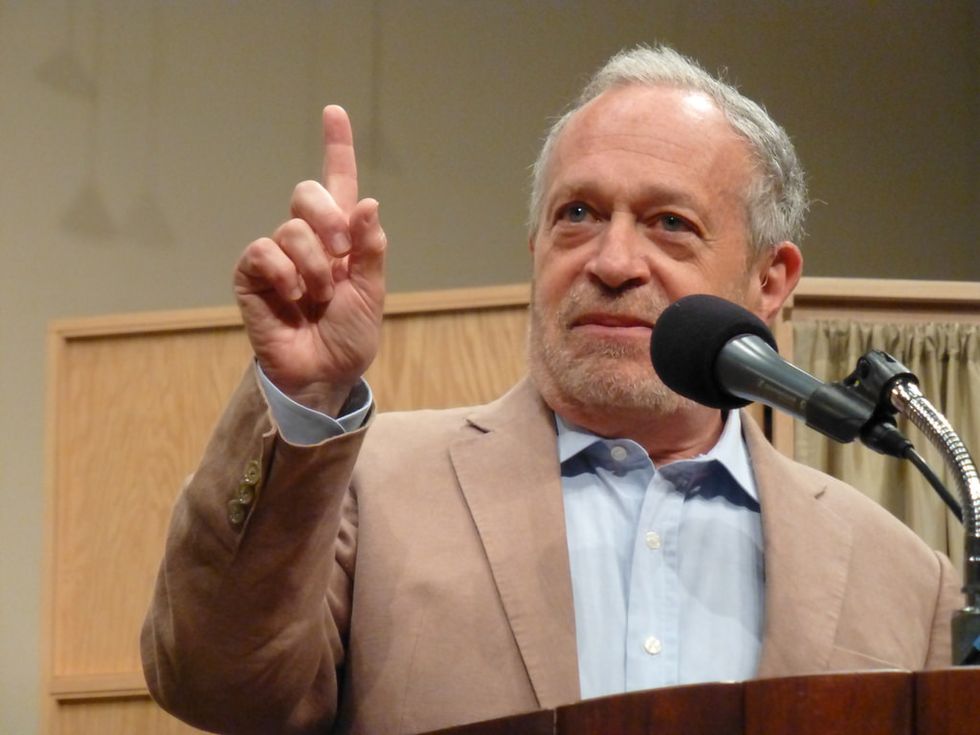 This morning I phoned my friend, the former Republican member of Congress.

ME: So, what are you hearing?

ME: Tell me more.

HE: When it looked like he was backing down on the wall, Rush and the crazies on Fox went ballistic. So he has to do the shutdown to keep the base happy. They’re his insurance policy. They stand between him and impeachment.

ME: Impeachment? No chance. Senate Republicans would never go along.

HE (laughing): Don’t be so sure. Corporate and Wall Street are up in arms. Trade war was bad enough. Now, you’ve got Mattis resigning in protest. Trump pulling out of Syria, giving Putin a huge win. This dumbass shutdown. The stock market in free-fall. The economy heading for recession.

ME: But the base loves him.

HE: Yeah, but the base doesn’t pay the bills.

ME: The GOP’s backers have had enough?

HE: They wanted Pence all along.

HE: So they’ll wait until Mueller’s report, which will skewer Trump. Pelosi will wait, too. Then after the Mueller bombshell, she’ll get 20, 30, maybe even 40 Republicans to join in an impeachment resolution.

HE: Senate Republicans hope that’ll be enough – that Trump will pull a Nixon.

ME: So you think he’ll resign?

HE (laughing): No chance. He’s fu*king out of his mind. He’ll rile up his base into a fever. Rallies around the country. Tweet storms. Hannity. Oh, it’s gonna be ugly. He’ll convince himself he’ll survive.

HE: That’s when Senate Republicans pull the trigger.

ME: Really? Two-thirds of the Senate?

HE: Do the math. 47 Dems will be on board, so you need 19 Republicans. I can name almost that many who are already there. Won’t be hard to find the votes.

ME: But it will take months. And the country will be put through a ringer.

HE: I know. That’s the worst part.

ME: I mean, we could have civil war.

HE: Hell, no. That’s what he wants, but no chance. His approvals will be in the cellar. America will be glad to get rid of him.

ME: I hope you’re right.

HE: He’s a dangerous menace. He’ll be gone. And then he’ll be indicted, and Pence will pardon him. But the state investigations may put him in the clinker. Good riddance.