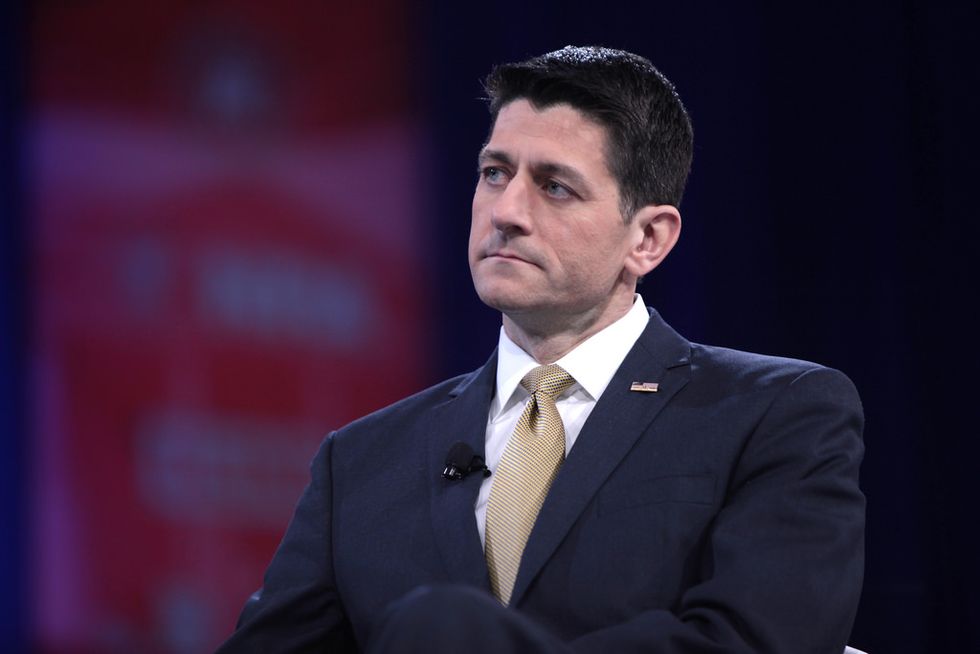 On his way out of Congress after a long career of trying—and ultimately failing—to reach his life-long goal of gutting Medicaid, Medicare, and Social Security, House Speaker Paul Ryan (R-Wis.) on Monday used the one-year anniversary of the passage of the GOP's tax scam to promote a documentary centered on something he actually did achieve during his ten terms in the House: enormous tax cuts for corporations and the rich.

Titled "Decades in the Making" and set to air for the first time on Tuesday, the docu-series will reportedly focus "on Ryan's years-long effort to pass tax reform," which culminated in a deeply unpopular $1.5 trillion bill that delivered massive gains to the ultra-wealthy, Wall Street, Walmart, and other corporate behemoths while predictably doing almost nothing for working-class Americans.

The trailer was immediately ridiculed for its fawning depiction of Ryan as a tireless and heroic political operator who worked against all odds to "reform" the tax code.

Journalist David Dayen offered a mock subtitle for the documentary that captures the real-world result of Ryan's crowning legislative achievement: "The inspiring true story of a ragtag group of visionaries dedicated to one idea: handing rich people truckloads of money."

"Oh Speaker Ryan... this is just sad," added Americans for Tax Fairness. "Your tax scam handed the wealthy and big corporations a massive tax giveaway and left millions of working families out to dry."

While Ryan was busy promoting a revisionist docu-series painting his "tax reform" push as a "better way" for the nation, consumer advocates, tax policy experts, and progressive groups hosted a #TaxScamTurns1 Twitter chat to set the record straight and highlight what the Republican tax bill has actually done to the American economy and working class.

A3: Absolutely not, since the #GOPTaxScam passed, corporations have laid off thousands of workers and used their ta… https://t.co/PUjtpzrS3R
— Unrig Our Economy (@Unrig Our Economy) 1545073801

"The GOP tax scam further rigged our economy by handing out huge tax cuts to corporations and the superrich," Public Citizen declared. "It also opened up the floodgates for multinational corporations to avoid paying taxes by incentivizing the outsourcing of jobs and investments."

In addition to detailing the disproportionate rewards the GOP tax bill sent to the rich and massive corporations, the advocacy groups also argued progressives must articulate an alternative system that works for everyone.

"We should be working toward a tax system that prioritizes families over corporations, children over inherited wealth, and the working class over the one percent," concluded Tax March. "To have a thriving economy, the rich must pay their fair share in taxes."