'Mueller knows everything!': The perplexing case of Michael Cohen in Prague grows increasingly bizarre and bewildering 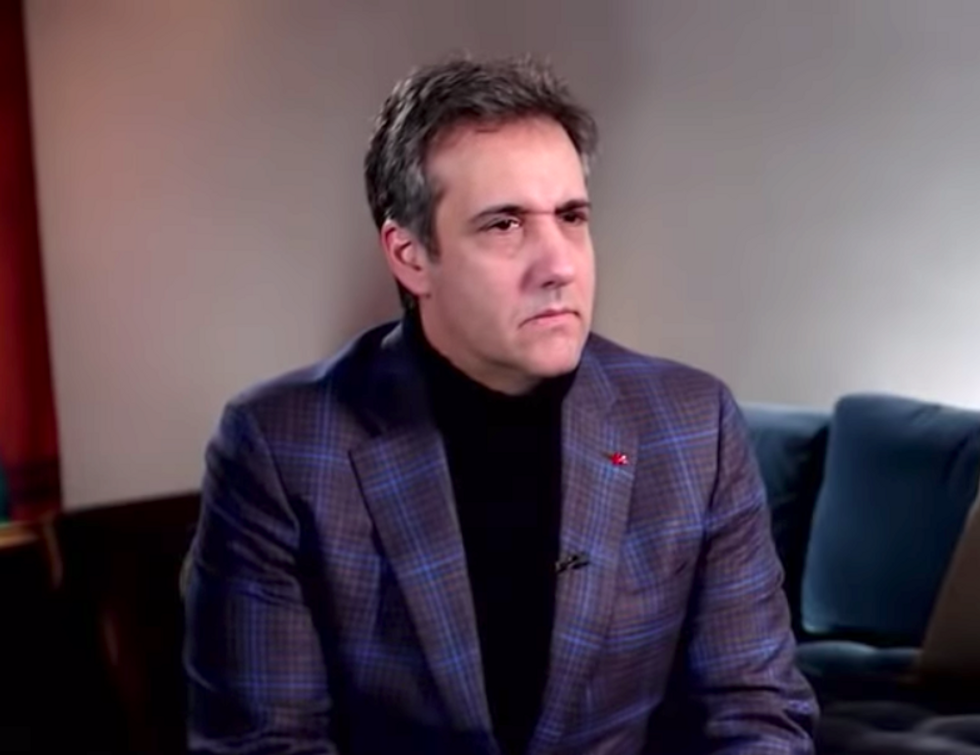 Did Michael Cohen travel to Prague during the 2016 campaign as part of a covert conspiracy with Russians to interfere in the 2016 election? The simple question has become increasingly vexed as Special Counsel Robert Mueller's investigation ramps up.

The allegation of Cohen going to Prague first emerged nearly two years ago when BuzzFeed published the famous and infamous Steele Dossier, which contained a slew of nebulous and tantalizing claims of a complex relationship between Donald Trump and the Kremlin. Steele cited sources claiming that Cohen had met with three Kremlin officials in Prague at the end of August 2016 or the beginning of September.

It's important to note that the "dossier" is what's considered a "raw intelligence" record; it's not analysis or firm conclusions, but a series of unverified findings. Christopher Steele, the one-time British intelligence agent who compiled the dossier for Fusion GPS with funds from Democrats, has said he believes only 70 to 90 percent of the claims it contains are true.

There were initial reasons to be skeptical of the Cohen-Prague claim. One is that Trump, Cohen, and their allies immediately jumped on the claim as false in their initial attacks on the dossier's reliability. While Trump's assertion that a claim is false carries no weight on its own, it was notable that he and others immediately tried to use this particular assertion to undermine the dossier. There are two reasons one might make such a move. If, in fact, Cohen never went to Prague, it would be easy to jump on this single error in the dossier to discredit the whole thing, even if other information it contained was accurate.

The other reason you might so fervently deny the assertion, though, is that if it were true but incredibly damaging. It's possible such a meeting could provide damning evidence of wrongdoing against the president.

Cohen's denials weren't entirely persuasive at first. He claimed that his passport could disprove the allegation because it had never been stamped to show him entering the Czech Republic. But as many observers pointed out, the European Union's Schengen Agreement allows travel between member nations without passing through border control — meaning he could have entered the Czech Republic without ever having to show his passport.

He eventually showed his passport to BuzzFeed, which found no record of Cohen traveling to Europe at the time in question. He did travel to Italy in July 2016, which is in the Schengen area. BuzzFeed noted that it's possible to have multiple passports, but Cohen claimed to only possess the one.

The story disappeared for a long time until in April 2018, McClatchy published a story finding that sources said Mueller had evidence that Cohen did, in fact, go to Prague in the "later summer" of 2016. And on Thursday, the outlet followed up this bombshell with a more detailed report claiming that four sources knew of information gathered by foreign intelligence agencies which found that Cohen's cell phone connected with towers in the Prague area sometime during August or September of 2016.

These reports are intriguing, but they remain unconfirmed. Many bombshell discoveries made by investigative reporters in the Trump era have been followed up by corroborating reports in other reputable outlets. The fact that no other outlets have confirmed the findings is reason for skepticism.

Cohen's has repeatedly denied the meeting, as have his spokespeople. And on Thursday, after McClatchy's second report dropped, he reiterated:

I hear #Prague #CzechRepublic is beautiful in the summertime. I wouldn’t know as I have never been. #Mueller knows everything!
— Michael Cohen (@Michael Cohen) 1545945688.0

Many argued that Cohen's denials aren't credible, given that he's a known liar and has his own interests to protect. But there are powerful reasons for taking his denials seriously.

Cohen has now publicly turned on Trump, an action that included implicating the president in a criminal violation of campaign finance law. The fact that he is nevertheless sticking to the Trump party line on this issue, given that he has abandoned it on so many other topics, should allow him more credibility.

More important, though, is Mueller's belief in Cohen. When Mueller submitted his sentencing memo in for the federal crimes Cohen has pleaded guilty to, the special counsel praised his cooperation thoroughly and indicated that the president's former lawyer has helped extensively with "core" Russia investigation issues. It is very unlikely that Cohen would be publicly contradicting what he's told Mueller, especially when there is no need for him to comment publicly at all. So it seems almost certain that Cohen has told Mueller that he didn't go to Prague, and Mueller believed him.

This is especially damaging to McClathy's version of events because, according to the outlet's own reporting, Mueller himself has the evidence that Cohen went to Prague. If Mueller has this evidence, and Cohen contradicted it, the prosecutor couldn't have told the sentencing judge that he has been a helpful and cooperative witness.

Marcy Wheeler also noted that Mueller is known to have access to Cohen's phones after the FBI raided his properties back in April. Mueller also likely has the phone company's records. So the special counsel likely wouldn't need foreign intelligence information to know whether Cohen's phones had evidence of traveling to Prague. (Wheeler also argued that there is far too much importance placed on the claims in the Steele Dossier and that the most damning claims against the Trump team are likely to come from Mueller, not the former British spy.)

But Cohen's story isn't bulletproof. He is now claiming that he's never been to Prague or the Czeck Republic ever — but that isn't what he said before. According to David Corn, Cohen said in 2016 that he went to Prague "14 years ago." It's not clear how important this detail is — it could easily be overlooked in the heat of a passionate denial — but it raises more questions about Cohen's reliability

There's also the possibility that Cohen still isn't being honest with investigators. We know, for instance, that he has declined to cooperate fully with prosecutors for the Southern District of New York. And we also know that when he first spoke to Mueller, Cohen lied about the extent of his negotiations for Trump Tower Moscow during the 2016 — a lie he also told to Congress and to which he later pleaded guilty at Mueller's insistence.

It's possible he isn't being fully honest with Mueller about the Prague trip, too — perhaps out of fear that it could lead to even more serious criminal charges — and that he's convinced Mueller of the lie. But this version of events seems unlikely, given Mueller's skill for catching liars and Cohen's propensity to get caught lying.

Nevertheless, the McClatchy story hasn't been conclusively refuted. And there's no plausible explanation yet of how or why the reporters could be mistaken or tricked about such a potentially explosive thread in the Trump-Russia story.