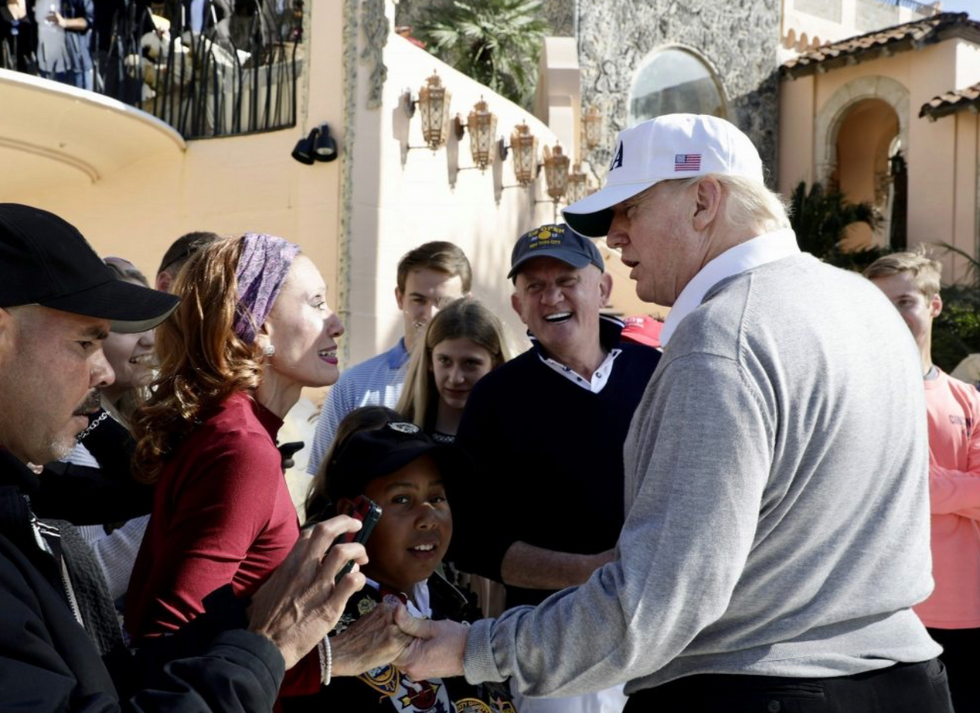 Newly released emails about the three Trump associates who secretly steered the Department of Veterans Affairs show how deeply the trio was involved in some of the agency’s most consequential matters, most notably a multibillion-dollar effort to overhaul electronic health records for millions of veterans.

Marvel Entertainment chairman Ike Perlmutter, West Palm Beach physician Bruce Moskowitz and lawyer Marc Sherman — part of the president’s circle at his Mar-a-Lago resort in Florida — reviewed a confidential draft of a $10 billion government contract for the electronic-records project, even though they lack any relevant expertise.

In preparing the contract, the agency consulted more than 40 outside experts, such as hospital executives, according to the records, which were released under the Freedom of Information Act. The Mar-a-Lago trio were listed among those experts. Perlmutter, a comic book tycoon, appears on the list between representatives from the University of Washington Medical Center, Intermountain Healthcare and Johns Hopkins University.

But none of the three men has served in the U.S. military or elsewhere in government, and none of them has expertise in health information technology or federal contracting.

The list is one of hundreds of newly released documents about the so-called Mar-a-Lago Crowd’s sway over VA policy and personnel decisions. The records show them editing the budget for a government program, weighing in on job candidates and being treated as having decision-making authority on policy initiatives.

In a June 2017 email, a VA official identified Perlmutter alongside then-VA Secretary David Shulkin as “top principles [sic].” In another message, Moskowitz named himself, Perlmutter and Sherman to an “executive committee.”

Since the role of the troika was exposed by ProPublica in August, lawmakers have called their influence “wildly inappropriate” and “textbook corruption and cronyism.” A liberal veterans group sued to block them under a Watergate-era sunshine law on advisory committees. House Democrats and the nonpartisan Government Accountability Office said they would investigate.

VA Secretary Robert Wilkie has repeatedlydistanced himself from the trio. His spokesman, Curt Cashour, blamed previous leaders. “Although his predecessors may have done things differently, Sec. Wilkie has been clear about how he does business,” Cashour said in a statement. “No one from outside the administration dictates VA policies or decisions — that’s up to Sec. Wilkie and President Trump. Period.”

But that posture carries risk for Wilkie; his predecessor was fired after losing favor with the Mar-a-Lago Crowd.

A representative of Perlmutter, Moskowitz and Sherman declined to comment, as did Shulkin and the White House.

The newly released emails also detail Moskowitz’s effort to get the VA and Apple to adapt his app. As a VA IT official described it in a May 2017 email, “We are utilizing the native iOS mobile app, Emergency Medical Center Tracker, that Dr. Moskowitz developed.”

VA health officials offered their own ideas for how a collaboration with Apple could benefit veterans, such as working on credentialing, data exchange and analytics, and suicide prevention research. But Moskowitz rejected the VA doctors’ ideas in favor of his own. “These are good areas but not the emergency ones which my group of experts have identified,” he said in a May 2017 email. “I sent an email to outline the recommendations.”

Darin Selnick, a VA official who previously signed onto a 2016 proposal to dismantle the agency’s government-run health service, agreed with Moskowitz’s low estimation of the VA doctors’ input. “The VA staff has limited knowledge and experience, which is why you and the” academic medical centers “are so important to help the VA move forward,” Selnick wrote.

Selnick, who is now a special adviser to Wilkie, was the point person working with Moskowitz on the app, the emails show. “I like you are the implementer for VA,” he told Moskowitz in March 2017.

When Selnick said the VA’s information technology division could start working on the app, Moskowitz replied, “We need our specialist.” He then connected Selnick with his son Aaron, and Selnick introduced Aaron Moskowitz to Apple. (Aaron Moskowitz’s name is redacted from the emails, but his involvement was confirmed by four people familiar with the matter. He didn’t respond to a request for comment.)

VA officials identified major problems with the app’s usability and functionality. “Some of the code needs to be refactored and even rebuilt,” the IT official said in the May email.

Nevertheless, Moskowitz’s son Aaron joined a June 2017 conference call with executives from top medical systems and from Apple, including CEO Tim Cook. Moskowitz wanted the app discussed for five to seven minutes, according to the emails. After the call, Moskowitz named his son as one of the project’s “mid-level project managers.”

In preparation for the conference call, Apple employees and medical experts circulated a memo that assessed Moskowitz’s proposals, which were identified as coming from “the VA and the White House.” In the memo, Apple’s experts pushed back on Moskowitz’s app, saying that the VA’s website already offered a similar tool and that the national databases needed to make the app accurate didn’t exist. Instead, the memo encouraged pursuing a different idea (giving veterans a way to store their health data on their cellphones), which it said would “achieve the greatest benefit for our veterans in the shortest amount of time.”

Months later, Moskowitz fumed that the Apple partnership didn’t go his way. “We had an excellent group assembled on the call with Tim Cook,” he said in a March 2018 email. “The VA dropped all contact and proceeded on its own. So now we have a product of limited value.”

Moskowitz also used his influence at the VA to get the agency to convene a meeting on registries for medical devices. Moskowitz started a foundation (whose board included Perlmutter’s wife) that lobbied medical institutions to start such registries so patients could be notified of recalls. Aaron Moskowitz drew a $60,000 salary as the foundation’s director, according to tax filings.

The VA already had a system to notify patients within 10 days of a recall, with a 99 percent success rate, according to internal emails. And the Food and Drug Administration already has a nationwide program to track medical devices. Nevertheless, Moskowitz spurred the VA to organize a conference on the subject, with extensive input from him and his son, according to notes from weekly 7:30 a.m. planning calls. Planning documents named Moskowitz’s foundation as a “participating partner” and a “private interest.”

Moskowitz even had say over the conference’s budget: In an April 2018 email, the VA official running the effort said, “I owe Dr. Moskowitz a budget — Bruce and I are editing it.” Cashour, the VA spokesman, declined to say how much the program cost.

The Mar-a-Lago Crowd’s interventions sometimes bumped into each other. Once, in May 2017, when Selnick tried to schedule a call about the Apple partnership, Moskowitz replied that the time conflicted with another call he had with the acting head of the VA’s health division.

When Wilkie first met the Mar-a-Lago Crowd, they seemed to get along.

“For the first time in 1½ years we feel everyone is on the same page,” Perlmutter said in an email after the meeting at Mar-a-Lago in April. “Everybody ‘gets it.’”

Wilkie returned the enthusiasm, thanking the men for providing a foundation to build on.

“I was honored to visit with you,” Wilkie, who at the time was the acting secretary, wrote. “No matter how long I am here, there is a template in place based on your efforts to move this institution out of the Industrial Age.”

(That last sentence was redacted when the VA originally disclosed the email to ProPublica under the Freedom of Information Act; the agency cited an exemption for internal deliberations. After ProPublica challenged that redaction, the VA released the full message.)

But since that initial meeting in April, Wilkie’s relationship with the Mar-a-Lago Crowd has frayed. Under pressure from lawmakers after ProPublica’s investigation, Wilkie said in September that his team cut off contact with the trio.

The loss of access has stung Perlmutter, according to a person close to the administration. But Perlmutter remains close to Trump: he spent election night with him and saw him over the Thanksgiving holiday weekend at Mar-a-Lago.

The person, who spoke on the condition of anonymity to describe confidential discussions, said Perlmutter has begun criticizing Wilkie — as he had Wilkie’s predecessor, Shulkin, before the president fired him.

Perlmutter faults Wilkie, the person said, for snubbing Perlmutter’s calls and for sidelining one of his top allies, former acting secretary Peter O’Rourke. Additionally, the person said, Perlmutter is displeased with the agency’s releasing emails about him and with the course of its electronic health records overhaul.

“It’s very clear that Ike is going to war against Wilkie in a similar way to the way he did against Shulkin,” the person familiar with the matter said. “It’s gotten that bad.”