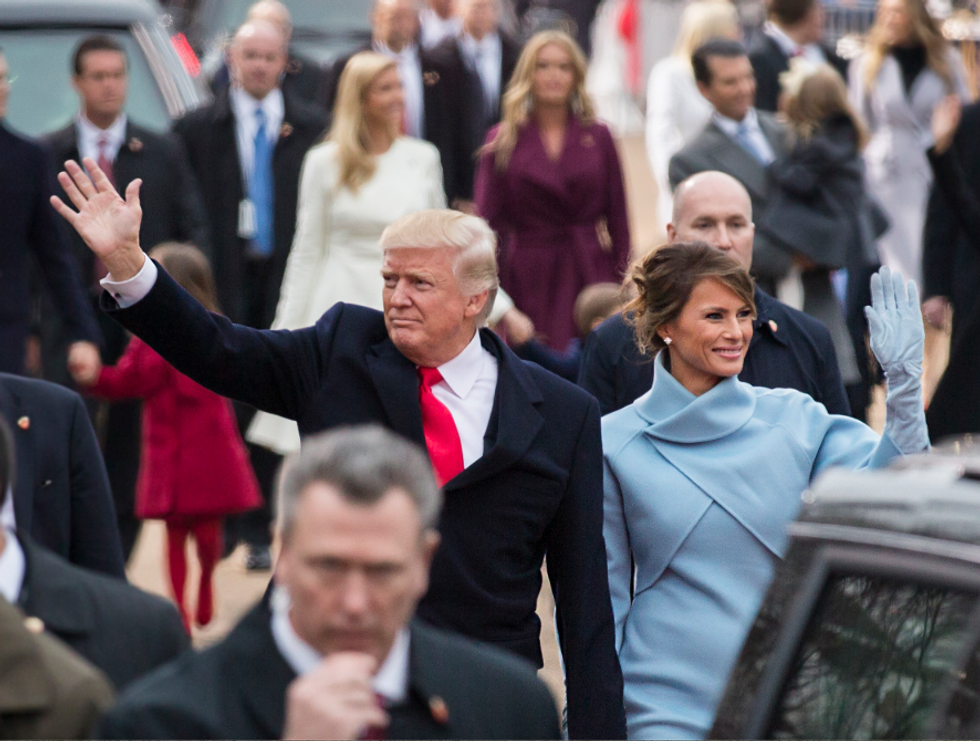 If you thought Thursday morning that President Donald Trump's legal peril was as bad as it could get, you were wrong.

A new report from the Wall Street Journal published Thursday afternoon revealed yet another legal threat to the president and those in his orbit, in addition to Special Counsel Robert Mueller, the Southern District of New York's campaign finance case, and the New York attorney general's ongoing scrutiny of his untoward business and foundation practices.

This criminal investigation, still in its early stages, is being pursued by Manhattan federal prosecutors and focuses on Trump's inauguration spending, the Journal reported.

The inquiry reportedly arose out of the federal raids on the offices of Trump's former fixer, Michael Cohen. According to the Journal, investigators uncovered a recording between Cohen and Stephanie Winston Wolkoff, who worked on the inaugural committee. Wolkoff reportedly said she was concerned about how the committee's funds were being spent.

Many observers have long been expecting some sort of investigation to focus on the inauguration, which was highly suspicious for a variety of reasons.

As the Journal noted, the committee rose more than twice as much money as President Barack Obama's inauguration did in 2009, despite the fact that there weren't twice as many events or attendees. No one has been quite sure where all that money ended up. Because the committee was a nonprofit, the funds must be spent in accordance with federal law.

The Journal also raises the possibility that the investigation could uncover corruption or potential bribes. It explained:

The criminal probe by the Manhattan U.S. attorney’s office, which is in its early stages, also is examining whether some of the committee’s top donors gave money in exchange for access to the incoming Trump administration, policy concessions or to influence official administration positions, some of the people said.

Giving money in exchange for political favors could run afoul of federal corruption laws. Diverting funds from the organization, which was registered as a nonprofit, could also violate federal law.

The investigation represents another potential legal threat to people who are or were in Mr. Trump’s orbit. Their business dealings and activities during and since the campaign have led to a number of indictments and guilty pleas. Many of the president’s biggest campaign backers were involved in the inaugural fund.

Even more investigators crawling through his shady past is surely the last thing the president wants at this time. But it seems his long history of avoiding consequences for his misdeeds may finally be ending.