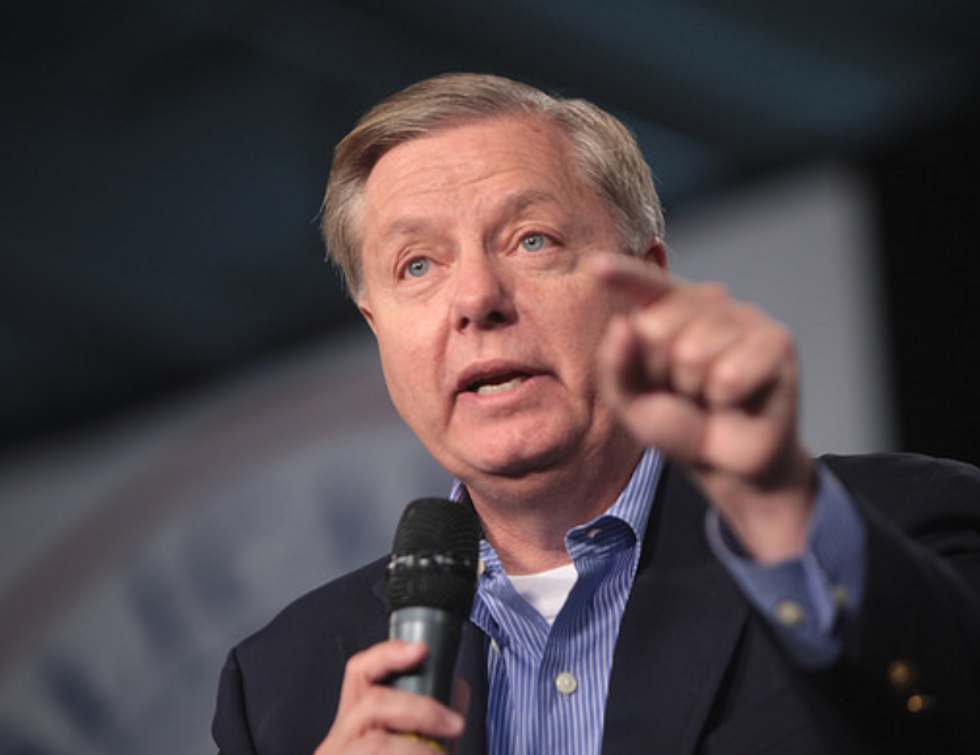 Republicans appear to be preparing the ground for Individual 1 to back down to congressional Democrats with some integrity intact. The wall isn't so much a wall, they say, as well, not a wall.

Chief of Staff John Kelly, who is as of today outgoing chief of staff, got in his last licks against Trump Sunday in an interview published by the Los Angeles Times. He said that Trump had given up on the idea of "a solid concrete wall early on in the administration." Really, he said. "To be honest, it's not a wall." It's improved technology for surveillance and "steel slat" barriers which Trump decided was the policy after talking extensively with law enforcement.

Sen. Lindsey Graham (R-SC), who has become a metaphor for craven, ass-kissing Republicans everywhere, piped up on Sunday after having lunch with Trump to say "the wall has become a metaphor for border security" and referred to "a physical barrier along the border." Even the Trumpiest of Trumpsters, White House "counselor" Kellyanne Conway tried to bail him out, saying the whole discussion was "semantics." "There may be a wall in some places," she said, "there may be steel slats, there may be technological enhancements."

But has anybody told the orange one? "An all concrete Wall was NEVER ABANDONED, as has been reported by the media," he rage tweeted Monday morning. "Some areas will be all concrete but the experts at Border Patrol prefer a Wall that is see through (thereby making it possible to see what is happening on both sides). Makes sense to me!"

Face it, Republicans. There is no nuance with Trump. He doesn't know the word "metaphor." When he says "wall," that's what he means.